The European Golden Shoe, also known as European Golden Boot, is an award that is presented each season to the leading goalscorer in league matches from the top division of every European national league. The trophy is a sculpture of a football boot. From its inception in the 1967–68 season, the award, originally called Soulier d'Or, which translates from French as Golden Shoe or Boot, has been given to the top goalscorer in all European leagues during a season, with a weighting in favour of the highest ranked leagues. Originally presented by L'Équipe magazine, it has been awarded by the European Sports Media since the 1996–97 season.

Between 1968 and 1991, the award was given to the highest goalscorer in any European league. This was regardless of the strength of the league in which the top scorer played and the number of games in which the player had taken part. During this period Eusébio, Gerd Müller, Dudu Georgescu and Fernando Gomes each won the Golden Shoe twice.[1]

Following a protest from the Cyprus FA, which claimed that a Cypriot player with 40 goals should have received the award (though the official top scorers for the season are both listed with 19 goals), L'Équipe issued no awards between 1991 and 1996.

Since the 1996–97 season, European Sports Media have awarded the Golden Shoe based on a points system that allows players in tougher leagues to win even if they score fewer goals than a player in a weaker league. The weightings are determined by the league's ranking on the UEFA coefficients, which in turn depend on the results of each league's clubs in European competition over the previous five seasons. Goals scored in the top five leagues according to the UEFA coefficients list are multiplied by a factor of two, goals scored in the leagues ranked six to 21 are multiplied by a factor of 1.5, and goals scored in leagues ranked 22 and below are multiplied by a factor of 1.[2] Thus, goals scored in higher ranked leagues will count for more than those scored in weaker leagues.[3] Since this change, there have only been two winners who were not playing in one of the top five leagues (Henrik Larsson, 2000–01 Scottish Premier League and Mario Jardel, 1998–99 Primeira Divisão and 2001–02 Primeira Liga).

Although the Golden Shoe could be shared among multiple players in the past, in the 2019–20 season this rule was changed to give the award to the player with the least minutes played, should there be a tie on points.[4] 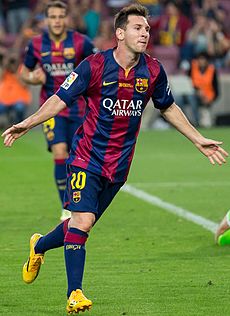 Lionel Messi is the all time record winner of the award, having won it six times overall. He also holds the record for most goals and most points in a single season (50 and 100 respectively, in 2011–12). 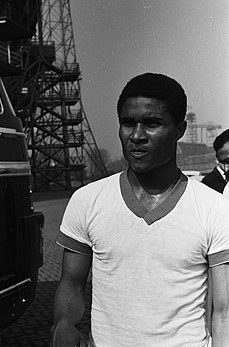 Eusébio was the first winner of the prize in 1968. 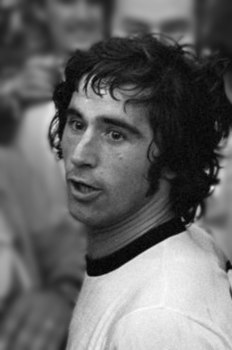