European Canadians (French: les Canadiens Européens), also known as Euro-Canadians, are Canadians with ancestry from Europe.[2][3][4] They form the largest panethnic group within Canada with roughly 73 percent of the population.

In the Canadian Census, people with origins or ancestry in Europe are all classified as part of the European race.

There are several subgroups of European Canadians.[5] Although approximately defined categories (due to the imprecise or ethnocultural regionalization of the contintent), the subgroups have been utilzed widely in ethnic and cultural identification.[6] This is especially relevant in diaspora, as is the case with European people in Canada.[7] In alphabetical order, and as listed within the census in Canada,[1] some of these subgroups are:[8]

The French were the first Europeans to establish a continuous presence in what is now Canada. Hélène Desportes is considered the first white child born in New France. She was born circa 1620, to Pierre Desportes (born Lisieux, Normandie, France) and Françoise Langlois.[9]

Hundreds of thousands of European immigrants came through Pier 21 in Halifax, Nova Scotia in the 1900s.[10] 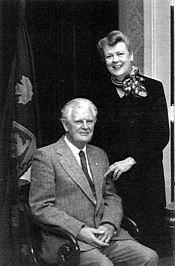 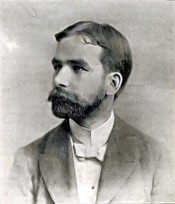 Another area of cultural influence are Canadian Patriotic songs: