The Europa-Institut was founded at Saarland University in 1951, long before the signing of the Treaties of Rome, and it is consequently the second eldest institution focused on European Integration (after the College of Europe, Bruges, Belgium). Over 5,000 students from over 40 countries have since graduated from the Institute. Having built on the content of its study program continuously and adapted to developments on the European level over time, the Europa-Institut today focuses on European law and international law with the possibility of specialization in specific study units.

Initial focus on history and culture

The Europa-Institut was intended to be the "jewel and symbol" of Saarland University, a university itself based on the merger of German and French educational traditions, founded under the aegis of France and the University of Nancy in 1948 and boasting personalities such as Robert Schuman amongst the first of its students.

Aims and tasks of the Europa-Institut are to research the Europe of the future, to teach young people educated in the traditional manner of each different country about Europe, to offer education from a uniform European perspective for students from these countries and, perhaps before long, to produce Europe’s driving forces.

— Prof. Joseph-François Angelloz (the first director of the Institute and second vice chancellor of the University)

The Europa-Institut dedicated itself to following the European integrational process from the very beginning, providing a curriculum independent of that of Saarland University and taught by personalities such as the French politician, academic and pioneer of the European movement, André Philip.

To start with, almost all "European disciplines" were included in the study program. The focus during the first two years, namely 1951 and 1952, was on comparative literature, philosophy, history and musicology. Law and economics were disciplines which played a complementary role.

The gradual integration of the European Community influenced the development of the curriculum so that the program began to reflect formation of the Community's legal, economical and political character. As such, the former program description of the Europa-Institut stated that, "The moment at which Europe, driven by its historical development, becomes conscious of its unity and the reality surrounding it and where consequently new political, legal, economic and cultural organs are formed and unfold," would mark the point at which it was imperative to offer a corresponding, uniform European education.

Creation of European Communities: shift to focus on diplomacy

The importance of the Institute also grew with the development of project Europe. In 1953 a structural change led to the establishment of a diplomacy department within the Institute. The purpose of this department was to train students wishing to pursue a career in diplomacy or in the civil service of the, at that time, semi-autonomous Saarland region. In the meantime, the law, culture, economics and independent language department established themselves further.

When Saarland joined the Federal Republic of Germany in 1957, Saarland University adopted the German university system. The Europa-Institut, which up to that point was geared primarily towards cultural and literary studies, was transformed into a European research institute with law and economics as the focal point. The Europa-Institut began operating with this concept in the winter term of 1957/58.

In the mid 1960s, the study program was combined so as to constitute a single integrated course. The emphasis lay on the specific problems pertaining to the European integrational process and the related instruments and methods. Law-based courses formed the core of program and these were complemented by courses in history, politics and economics.

In 1990 the postgraduate MBA program "European Management" was established by the economics department of the Institute.

It offers the following specializations:

Students can specialize in a maximum two fields. To gain a specialization, a student needs to successfully complete the given unit, i.e. gain a minimum of 12 credits as well as pass unit's obligatory courses.[3] The institute as well as the university use French grading system; students with an average of over 15 gain the right to be admitted to doctoral study. The current fee can be checked here [4]

The MBA program European Management focuses on European market. As a prerequisite completion of undergraduate study of at least 240 credits as well as 2 years of corresponding working experience are required (in addition to fluency in English).

It focuses on three aspects: people (their needs & cultures), markets and morals (the responsibility both towards environment and employees). It comprises 15 study units (9 months, 45 credits) and final thesis (usually 3 months, 15 credits). There is also possibility of part-time study, which may take as long as four years. Students attend the 15 study units, but the extended length allows them to do it while working. Also the term for final thesis is extended to 6 months. As of 2011 the fees are €12,000 for full-time study and €14,500 for part-time study.[5]

In addition, EVER unites students and alumni of different nationalities across professional and geographic borders and thus constitutes, alongside the study program itself, a contact forum that contributes to international understanding worldwide.

Some of the periodicals available at the Europa-Institut's library

Since 1972, the Europa-Institut holds one of 52 European Documentation and Information Centers (EDC) in Germany and forms part of a network of 600 EDZs worldwide. The goal of the EDCs is to make available to the public (both in and outside the university system) information on the European Union and its policies and to support the research and teaching of the European integrational process.

All publicly available official publications of the EU (Official Gazette of the EU, documents of the Commission, case law of the European Court of Justice), as well as periodicals, brochures and information material are collected in the EDC. Access to numerous databases of the EU as well as to an increasing amount of electronic documentation is also provided

The Europa-Institut has been publishing its own academic journal, ZEuS ("Zeitschrift für europarechtliche Studien") since 1998. It appears on a quarterly basis and is dedicated to topical problems relating to European integration, European and international law, as well as international aspects of constitutional law. It focuses particularly on European media law and on the European protection of human rights, as well as on European and international economic law. Since ZEuS contains not only German, but also English, French and Spanish contributions, it constitutes an ideal forum both for academia and practice. 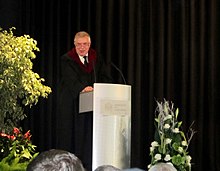