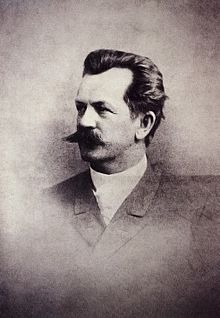 Ernst Ziller's plan for the extension to the ballroom of the crown prince's palace in Athens (Presidential Mansion).

Ernst Moritz Theodor Ziller (Greek: Ερνέστος Τσίλλερ, Ernestos Tsiller (22 June 1837 – 4 November 1923) was a German born university teacher and architect who later became a Greek national. In the late 19th and early 20th centuries, he was a major designer of royal and municipal buildings in Athens, Patras, and other Greek cities.[1] [2]

Ziller was born in the rural community of Serkowitz in the district of Radebeul in Saxony. After graduating from the Dresden Academy of Fine Arts in 1858, he went to work for Danish architect Theophilus Hansen. In 1861, Hansen sent him to Athens. In 1872 he was appointed a professor at the Royal School of Arts, now National Technical University of Athens. He was married to a Greek wife. His daughter Iosifina Dimas-Ziller (1885-1965) was an impressionist painter. In 1885, he designed a three story mansion where his family resided until 1912. Now known as the Ziller mansion, the residence was later acquired by Greek banker Dionysios P. Loverdos (1878–1934). Ziller died in Athens and was buried at the First Cemetery of Athens. [3] [4] [5] [6] 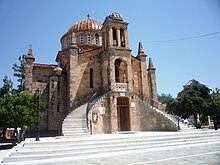