The recordkeeping and development of the economic history of Taiwan started in the Age of Discovery. In the 17th century, the Europeans realized that Taiwan is located on the strategic cusp between the Far East and Southeast Asia. Two main European empires that competed to colonize it were the Dutch and Spanish Empires. Taiwan also became an intermediate destination for trade between Western European empires and East Asia states. The history of Taiwan as a colony of the Dutch Empire, Kingdom of Tungning, Qing China, and Empire of Japan between 1630 and 1945 was based heavily on economics.

In the 1950s, the Republic of China (ROC) government, retreated to Taiwan after losing the Chinese Civil War, carried out land reform policies such as the 375 Rent Reduction.[1] In the 1960s, the agrarian economy was replaced with light industry as small and medium enterprises started to form. From 1966 to 1980, Taiwan's economy was gradually stabilized as the Ten Major Construction Projects laid a foundation in further economic developments. After the 1980s, the role of government in the economy gradually lessened as many government-owned corporations were privatized.

According to archaeological evidences, Taiwan has been inhabited by human since the late Upper Paleolithic (ca. 50,000 - 10,000 BP). One of the first civilizations developed was the Changpin culture (Chinese: 長濱文化) in southern Taiwan. Many archaeological sites of Neolithic civilizations were found in the Taipei basin in northern Taiwan. The economic activities during this period, which cannot be described with detail as there was no written language, were fishing, gathering, and farming.

About 2,000 years ago, northern Taiwan entered the Bronze Age. Iron metallurgy and advanced agricultural techniques strengthened economic activities. The Shihsanhang culture (Chinese: 十三行文化) rose during this period and had weaving technology. It did not end until the arrival of Han Chinese.

Most scholars believe that the Shihsanhang culture represented the activities of the Taiwanese Plain Aborigines. Although there is no evidence to support this, it is generally recognized that the Taiwanese aboriginal tribes economically relied on fishing, hunting, and pursued slash-and-burn agriculture. 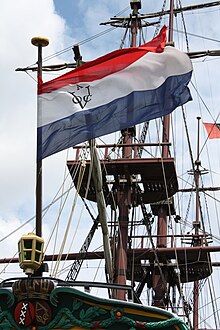 Overview of Fort Zeelandia in Dutch Formosa (in the 17th-century). It was in the Dutch rule period of Taiwan that the VOC began to encourage large-scale mainland Chinese immigration.[2][3] The VOC's economic activities changed significantly the demographic and economic history of the island.[4][5]

In the early 17th century, the Dutch East India Company originally only traded along the Pescadores. However, the Ming Dynasty claimed the archipelago to be part of its territory and drove out the Dutch. The Dutch were forced to retreat to the main island of Taiwan, then known as Formosa. They established a trading post in Tayoan (modern-day Tainan City).

The Dutch recognized the significance of cane sugar as an export product and extensively developed the industry in the areas under their control. Dutch exports of sugar rose rapidly throughout their colonial tenure and had reached 1,300 tons by 1660, a tenfold increase from 1636.[6]

The main purpose of the occupation of Taiwan was to trade with mainland China, Japan, Korea, and Southeast Asia, attempting to monopolize on the trade in East Asia. The main Taiwanese resources that they exported were sugar, sika deerskin, deer meat, antlers, rattan, and rice. By 1658, the company exported sugar to Persia, Japan, and Jakarta and had about 35 trading posts in Asia. Tayoan gained 25.6% profit, ranked second out of all of the Dutch trading posts, after Nagasaki, Japan. However, the profit was distributed to shareholders of the company, and not the local Taiwanese.

At the time, the Japanese were also interested in commercial activities in Taiwan. As a result of the economic challenge from the Japanese, the Dutch East India Company levied heavy taxes on the Japanese merchants. In 1628, the Japanese kidnapped governor Pieter Nuyts and closed down the trading post in Nagasaki. It was reopened again in 1632, after Nuyts was extradited to be jailed in Japan.

See also: Kingdom of Tungning and Taiwan under Qing rule

Amid the conquest of the Qing dynasty, the Ming partisan Koxinga invaded Dutch Formosa to use as a base for assaults along China's coast. After his successful siege of Ft Zeelandia, he had accomplished this but his rule caused the Qing to revive the sea bans and cut off maritime trade in a bid to weaken him. His dynasty ruled Taiwan as the independent Kingdom of Tungning, establishing land distribution systems in order to efficiently supply food for their army. British Empire and Japan continued to trade with Taiwan as an independent state. The English East India Company even established a commercial treaty with the Kingdom of Tungning.

After defeating Koxinga's private army, the Qing dynasty had no interest in improving the economy of Taiwan, calling it an uncivilized land (huawai zhi di). Therefore, the economic activities mostly came from the settlements of migrants. The most significant economic development during this time period was the establishment of irrigation systems and hydraulic engineering projects. The agricultural surplus caused by these improvements led to the export of rice to mainland China. On the other hand, the commercial activities continued throughout major trading ports. Tainan, Lukang, and Banka became the three largest cities in Taiwan.

In 1858, four ports were opened in Anping, Ta-kau, Keelung, and Tamsui as a result of pressures from the British and French Empires after the Second Opium War. These trading ports exported Taiwanese tea and camphor and further boosted the economy of Taiwan. 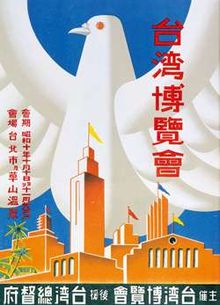 A poster for the 1935 Taiwan Exposition
Main article: Taiwan under Japanese rule

For the most part, Taiwan's economy during the Japanese rule period was a colonial economy. For example, the human and natural resources of Taiwan were used to aid both the economic and military development of Japan. This policy began under Governor-General Kodama Gentarō and reached its peak in 1943, in the middle of World War II. Before the 1920s, the sugar industry dominated Taiwan's economy, while from 1920 to 1930, rice became the primary export. During these two periods, the primary economic policy of the Office of the Governor-General (OGG) was "industry for Japan, agriculture for Taiwan". After 1930, due to war needs the OGG began to pursue a policy of industrialization.[7]

Under Governor Akashi Motojiro, a vast swamp in central Taiwan was transformed into a huge dam in order to build a hydraulic power plant for industrialization. The dam and its surrounding area, known today as Sun Moon Lake, has become a must-see for foreign tourists visiting Taiwan.

Although the main focus of each of these periods differed, the primary goal throughout the entire time was increasing Taiwan's productivity to satisfy demand within Japan, a goal which was successfully achieved. As part of this process, new ideas, concepts, and values were introduced to the Taiwanese; also, several public works projects, such as railways, public education, and telecommunications, were implemented. As the economy grew, society stabilized, politics was gradually liberalized, and popular support for the colonial government began to increase. Taiwan thus served as a showcase for Japan's propaganda on the colonial efforts throughout Asia, as displayed during the 1935 Taiwan Exposition.[7] 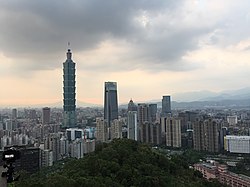 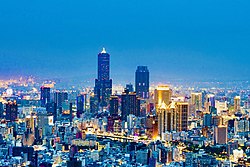 After the Kuomintang retreat to Taiwan, the Taiwanese society was relatively stable politically in the 1950s. However, it faced some obstacles economically as a result of the mass destruction during World War II and the Chinese hyperinflation in the 1940s. The sudden increase in population caused by the Kuomintang migration from mainland China also affected Taiwan's economy.

Facing the economic pressure, the Kuomintang regime established several economic plans and policies. Of primary importance for the long-run growth of this economy was the commitment to education, beginning with universal elementary education, expanded to upper level schooling as basic levels of literacy were attained. The New Taiwan dollars were issued to replace the Old Taiwan dollars. Successful land reform also took place, enabled by the KMT's interesting role as recent immigrants, and not vested landowners. In addition, the United States aid also helped the reformation of Taiwan's economy. 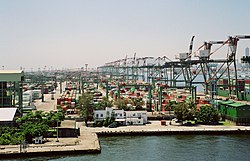 The government also carried out an import substitution policy, taking what was obtained by agriculture to give support to the industrial sector, trading agricultural product exports for foreign currency to import industrial machinery, thus developing the industrial sector. The government raised tariffs, controlled foreign exchange and restricted imports in order to protect domestic industry. By the 1960s, Taiwan's import exchange industry was faced with the problem of saturating the domestic market. At the same time, the factories of some industrialized nations, because of rising wages and other reasons, slowly moved to certain areas that had both basic industry and low labor costs. By slow steps, the economic policy of Taiwan changed to pursue export expansion under advice of academic economists such as Ta-Chung Liu and Sho-Chieh Tsiang of Cornell University. They also promoted allowing interest rates to rise, to encourage domestic savings and expand the amount of resources available to fund new businesses. Additional academic advisers also members of Academic Sinica provided sound advice encouraging innovation in agricultural techniques, enabling one of the few successful takeoffs toward modern growth based on agricultural investment in cash crops for export.

A major turning point in Taiwan's economy was during the 1970s. The expulsion of the Republic of China (Taiwan) from the United Nations in 1971, the 1973 oil crisis, and the switching of American diplomatic relations heavily affected the economy of Taiwan. But executive premier Chiang Ching-kuo's Ten Major Construction Projects served as the basis for heavy industrial development in Taiwan.

After the 1980s, Taiwan's economy began to stabilize. It eventually became one of the Four Asian Tigers as a dynamic capitalist economy. The 1997 Asian financial crisis did not affect Taiwan nearly as harshly due to greater restrictions on the outflow of invested foreign capital than were in place in countries hurt by rapid capital flight. The Chen Shui-bian administration in the 2000s focused on joining international organizations. Taiwan was able to join the World Trade Organization in 2002.