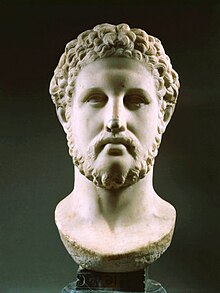 Divide and rule (Latin: divide et impera), or divide and conquer, in politics and sociology is gaining and maintaining power by breaking up larger concentrations of power into pieces that individually have less power than the one implementing the strategy.[citation needed]

The use of this technique is meant to empower the sovereign to control subjects, populations, or factions of different interests, who collectively might be able to oppose his rule. Niccolò Machiavelli identifies a similar application to military strategy, advising in Book VI of The Art of War (1521)[1] (L'arte della guerra):[2] a Captain should endeavor with every art to divide the forces of the enemy. Machiavelli advises that this act should be achieved either by making him suspicious of his men in whom he trusted, or by giving him cause that he has to separate his forces, and, because of this, become weaker.

The maxim divide et impera has been attributed to Philip II of Macedon. It was utilised by the Roman ruler Julius Caesar and the French emperor Napoleon (together with the maxim divide ut regnes)

The strategy, but not the phrase, applies in many ancient cases: the example of Aulus Gabinius exists, parting the Jewish nation into five conventions, reported by Flavius Josephus in Book I, 169–170 of The Jewish War (De bello Judaico).[3] Strabo also reports in Geographica, 8.7.3[4] that the Achaean League was gradually dissolved under the Roman possession of the whole of Macedonia, owing to their not dealing with the several states in the same way, but wishing to preserve some and to destroy others.

The strategy of division and rule has been attributed to sovereigns, ranging from Louis XI of France to the House of Habsburg. Edward Coke denounces it in Chapter I of the Fourth Part of the Institutes of the Lawes of England, reporting that when it was demanded by the Lords and Commons what might be a principal motive for them to have good success in Parliament, it was answered: "Eritis insuperabiles, si fueritis inseparabiles. Explosum est illud diverbium: Divide, & impera, cum radix & vertex imperii in obedientium consensu rata sunt." [You would be invincible if you were inseparable. This proverb, Divide and rule, has been rejected, since the root and the summit of authority are confirmed by the consent of the subjects.] In a minor variation, Sir Francis Bacon wrote the phrase "separa et impera" in a letter to James I of 15 February 1615. James Madison made this recommendation in a letter to Thomas Jefferson of 24 October 1787,[5] which summarized the thesis of The Federalist#10:[6] "Divide et impera, the reprobated axiom of tyranny, is under certain (some) qualifications, the only policy, by which a republic can be administered on just principles." In Perpetual Peace: A Philosophical Sketch by Immanuel Kant (1795), Appendix one, Divide et impera is the third of three political maxims, the others being Fac et excusa (Act now, and make excuses later) and Si fecisti, nega (If you commit a crime, deny it).[7]

Elements of this technique involve:

Historically, this strategy was used in many different ways by empires seeking to expand their territories.

Immanuel Kant was an advocate of this tactic, noting that "the problem of setting up a state can be solved even by a nation of devils" so long as they possess an appropriate constitution which pits opposing factions against each other with a system of checks and balances.[8]

The concept is also mentioned as a strategy for market action in economics to get the most out of the players in a competitive market.

Divide and rule can be used by states to weaken enemy military alliances. This usually happens when propaganda is disseminated within the enemy states in an attempt to raise doubts about the alliance. Once the alliance weakens or dissolves, a vacuum will allow the state to achieve military dominance.

In politics, the concept refers to a strategy that breaks up existing power structures, and especially prevents smaller power groups from linking up, causing rivalries and fomenting discord among the people to prevent a rebellion against the elites or the people implementing the strategy. The goal is either to pit the lower classes against themselves to prevent a revolution, or to provide a desired solution to the growing discord that strengthens the power of the elites. It was heavily used by British Empire in India and elsewhere.[9]

The principle "divide et impera" is cited as a common in politics by Traiano Boccalini in La bilancia politica.[10]

Psychopathy in the workplace

Main article: Psychopathy in the workplace

Clive R. Boddy found that "divide and conquer" was a common strategy by corporate psychopaths used as a smokescreen to help consolidate and advance their grip on power in the corporate hierarchy.[11]

The divide and conquer strategy was used by foreign countries in parts of Africa during the colonial and post-colonial period.

The strategy of "Divide and Rule" was employed by most imperial powers in Indian subcontinent. The British and French backed various Indian states in conflicts between each other, both as a means of undermining each other's influence and consolidating their authority.

Further, it is argued that the British used the strategy to destroy the harmony between various religions and use it for their benefits;[14] a Times Literary Supplement review suggests that although this was broadly the case a more nuanced approach might be closer to the facts.[15] In the same vein, Kashmiri Indian politician Markandey Katju wrote in The Nation:[16]

It was Emperor Akbar who laid the foundation on which the Indian nation is still standing, his policy being continued by Jawaharlal Nehru and his colleagues who gave India a secular constitution. Up to 1857, there were no communal problems in India; all communal riots and animosity began after 1857. No doubt even before 1857, there were differences between Hindus and Muslims, the Hindus going to temples and the Muslims going to mosques, but there was no animosity. In fact, the Hindus and Muslims used to help each other; Hindus used to participate in Eid celebrations, and Muslims in Holi and Diwali. The Muslim rulers like the Mughals, Nawab of Awadh and Murshidabad, Tipu Sultan, etc were totally secular; they organised Ramlilas, participated in Holi, Diwali, etc. Ghalib’s affectionate letters to his Hindu friends like Munshi Shiv Naraln Aram, Har Gopal Tofta, etc attest to the affection between Hindus and Muslims at that time. In 1857, the ‘Great Mutiny’ broke out in which the Hindus and Muslims jointly fought against the British. This shocked the British government so much that after suppressing the Mutiny, they decided to start the policy of divide and rule (see online “History in the Service of Imperialism” by B.N. Pande). All communal riots began after 1857, artificially engineered by the British authorities. The British collector would secretly call the Hindu Pandit, pay him money, and tell him to speak against Muslims, and similarly he would secretly call the Maulvi, pay him money, and tell him to speak against Hindus. This communal poison was injected into our body politic year after year and decade after decade.[16]

Harry G. Broadman opined in Forbes regarding President Donald Trump: "[a]s in his campaign, the President has been successfully—at least to date—pursuing a divide and conquer strategy domestically and internationally to try to achieve his goals. The result is an absence of a robust set of checks and balances to ensure that the best economic interests of the U.S. and the world will be served."[26]