Dawn is Pakistan's oldest English-language newspaper and is the country's newspaper of record.[3] It is one of the country's three largest English-language dailies and the flagship of the Dawn Group of Newspapers. Dawn is published by Pakistan Herald Publications, which also owns the magazine Herald, the information technology magazine Spider, and the advertising marketing and media magazine Aurora.

It was founded by Quaid-i-Azam Mohammad Ali Jinnah in Delhi, India, on 26 October 1941 as a mouthpiece for the Muslim League. The first issue was printed at Latifi Press on 12 October 1942.[4] The newspaper has offices in Karachi (Sindh), Lahore (Punjab), and the federal capital Islamabad, and representatives abroad.[5] As of 2010[update], it has a weekday circulation of over 109,000.[6] The CEO of Dawn group is Hameed Haroon, and the current editor is Zaffar Abbas. On 24 March 2016, it became the first newspaper to oppose the resumption of the death penalty in Pakistan.[7] 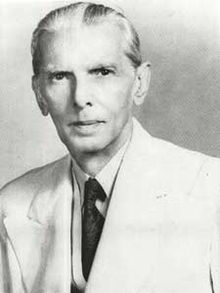 Dawn began as a weekly publication, published in New Delhi in 1941.[1] Under the instruction of Jinnah, it became the official organ of the All India Muslim League in Delhi, and the sole voice of the Muslims League in the English language, reflecting and espousing the cause of the independence of Pakistan. Jinnah summed up the paper's purpose when he stated:

"The Dawn will mirror faithfully the views of Hindustan's Muslims and the All Hindustan Muslim League in all its activities: economic, educational and social and more particularly political, throughout the country fearlessly and independently and while its policy will be, no doubt, mainly to advocate and champion the cause of the Muslims and the policy and programme of the All Hindustan Muslim League, it will not neglect the cause and welfare of the peoples of this sub-continent generally".[8]

Dawn became a daily newspaper in October 1944 under the leadership of its editor, Pothan Joseph, who later resigned in 1944 to take up the position of the government's Principal Information Officer in part because of differences with Jinnah over the Pakistan Movement. He was succeeded by Altaf Husain who as the journal's editor, galvanised the Muslims of India for independence by his editorials, which earned him the ire of the Congress Party and of Lord Mountbatten, the last Viceroy and Governor General of the British Raj both of whom wanted a united India.

In 1947, senior Dawn staff led by Altaf Husain set off for Karachi to launch a local edition starting 15 August 1947.

Dawn regularly carries syndicated articles from western newspapers like The Independent, The Guardian, the Los Angeles Times and The Washington Post.

On 19 May 2011, Dawn Media Group signed a Memorandum of Understanding with Julian Assange, founder of WikiLeaks, for the exclusive first use in Pakistan of all the secret US diplomatic cables related to political and other developments in the country.[10]

An announcement printed in the newspaper and posted on the website read:

The Dawn Media Group and Julian Assange, Chief Executive of Sunshine Press Productions, the publishing arm of WikiLeaks, have signed a Memorandum of Understanding for the exclusive first use in Pakistan of all the secret US diplomatic cables related to political and other developments in the country.[10]

A Dawn staffer's story, "Act against militants or face international isolation, civilians tell military", became a big scandal due to which Information Minister Pervaiz Rashid resigned from his post, following a preliminary investigation established a 'lapse' on his part vis-à-vis the publication of the 'planted' story.[11]