Dubai Ports World is an Emirati multinational logistics company based in Dubai, United Arab Emirates. It specialises in cargo logistics, port terminal operations, maritime services and free trade zones. Formed in 2005 by the merger of Dubai Ports Authority and Dubai Ports International, DP World handles 70 million containers that are brought in by around 70,000 vessels annually. This equates to roughly 10% of global container traffic accounted for by their 82 marine and inland terminals present in over 40 countries. Until 2016, DP World was primarily a global ports operator, and since then it has acquired other companies up and down the value chain.

Dubai Ports International (DPI) was founded in 1999.[2] Its first project was at Jeddah, Saudi Arabia, collaborating with a local partner on the management and operation of the South Container Terminal (SCT). DPI then went on to develop operations at the ports of Djibouti in 2000, Vizag, India in 2002 and Constanta, Romania in 2003.[2] In January 2005, DPI acquired CSX World Terminals (CSX WT).[3] It was later, in September 2005 that Dubai Ports International officially merged with the Dubai Ports Authority to form DP World.[4] The rapid expansion through acquisition continued in March 2006 when DP World purchased the fourth largest ports operator in the world, P&O for £3.9 billion.

The ownership of various U.S. ports by DP World (which had been acquired as part of the P&O deal) was seen as highly controversial by many in the United States even though it was supported by the U.S. president George W. Bush; the US ports were sold shortly afterwards.

P&O operated major U.S. port facilities in New York, New Jersey, Philadelphia, Baltimore, New Orleans, and Miami. Before the deal was secured, the arrangement was reviewed by the Committee on Foreign Investment in the United States headed by the U.S. Treasury Department and including the Departments of State, Commerce, and Homeland Security. It was given the green light, but soon after, both Democratic and Republican members of Congress expressed concern over the potential negative impact the deal would have on port security.

On 22 February 2006, President George W. Bush threatened to veto any legislation passed by Congress to block the deal, which would be the first time in his presidency he would exercise the privilege. In a statement to reporters, Bush claimed, "It would send a terrible signal to friends and allies not to let this transaction go through."[5] On 23 February 2006, DP World volunteered to postpone its takeover of significant operations at the seaports and on 9 March 2006, is said that it would transfer its operations of American ports to a "U.S. entity".[6]

The United States House of Representatives held a vote on 16 March 2006 on legislation that would have blocked the DP World deal, with 348 members voting for blocking the deal, and 71 voting against.[7] DP World later sold P&O's American operations to American International Group's asset management division, Global Investment Group for an undisclosed sum.[8]

In August 2006, DP World signed an agreement with the Port Qasim Authority, to invest in a new container terminal at Port Muhammad Qasim near Karachi and announced that it was in discussions with the Pakistani Government about the development of a container terminal at Gwadar in Balochistan.[9] DP World had been favourite to win the Gwadar concession, but withdrew from the bidding.[10] Gwadar Port was subsequently awarded to PSA (Port of Singapore Authority) and opened in March 2007.[11]

In June 2007 the company raised $3.25 billion in Islamic and conventional bond sales to refinance existing debt and fund expansion[12] and issued 3.818 billion shares, representing 20% of the company on the NASDAQ Dubai stock exchange in November 2007 in what was the Middle East's largest initial public offering (IPO) which raised 4.96 billion dollars.[13]

By 2008 the company was handing 46.8 million TEU worldwide, up 8% on 2007, with expansion and development projects in India, China, the Middle East, and elsewhere. Capacity was expected to rise to around 95 million TEU over the next ten years.[2]

In the second quarter of 2010 DP World gave the go-ahead for construction of the £1.5 billion London Gateway port.[15][16] Work started in February 2010[17] with the port due to open in the fourth quarter of 2013. By April 2011, Moody's upgraded DP World's financial status to 'investment grade'.[18] Since December 2010, DP World has undertaken a series of asset disposals, exiting markets where it does not have a significant presence and seeking to redeploy funds in fast-growing markets.[19] 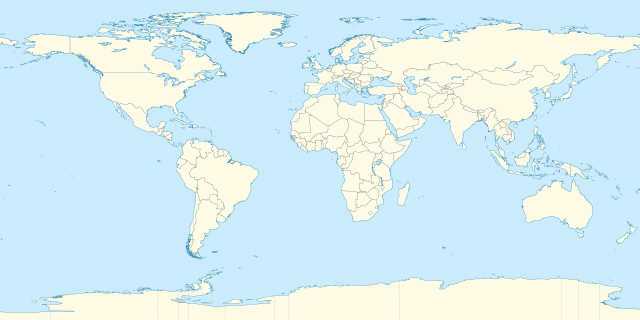 DP World has a portfolio of 78 operating marine and inland terminals supported by over 50 related businesses in 40 countries across six continents.[20]

The table below lists current terminals and new developments managed by DP World.[21]

DP World has been certified as a partner in the Customs-Trade Partnership Against Terrorism (C‑TPAT) initiative by U.S. Customs and Border Protection – to date, the only international port operator to have achieved this recognition. This certification is primarily based on DP World's commitment to the independently audited international ISO 28000 security standards. DP World was the first global maritime terminal operator to achieve ISO 28000 supply chain security certification and is rolling out the standard to all its terminals.[22]

In June 2012, in partnership with the UAE Ministry of Foreign Affairs, DP World convened the second high-level, public-private counterpiracy conference, in Dubai.[23] The Washington Post reported "Diplomats and business leaders...are pushing for stronger partnerships between the public and private sectors in combating piracy off the coast of Somalia".[24]

The April 2011 conference was the first time companies rather than governments had contributed financial support to the UN counter-piracy trust fund.[25] The inaugural conference was attended by more than 65 governments and representatives of international organisations, including the United Nations[26] and more than 120 leaders from maritime industry related companies.

DP World sponsor the newly re-titled DP World Tour Championship, Dubai, played at Jumeirah Golf Estates.[27] For the first three editions of the tournament previously known as "The Dubai World Championship", DP World had been a presenting sponsor. DP World also support the Hong Kong Open, the penultimate event on The Race to Dubai and the BMW PGA Championship at Wentworth Club.

For the Formula One 2020 Season, DP World and Renault F1 Team, have signed an agreement making DP World the Global Logistics Partner of the team, which will become the Renault DP World F1 Team as from the 2020 Season[28].

In the 2020 season of the Indian Premier League, DP World is the Global Logistics Partner for the Royal Challengers Bangalore team.[29]