Croatian New Zealanders refers to New Zealand citizens of Croatian descent. There are 2,550 people who declared their nationality as Croats in the 2006 New Zealand census.[1] The majority of these are located primarily in and around Auckland and Northland with small numbers in and around Canterbury and Southland.[3] It is estimated that over 100,000 New Zealanders have Croatian ancestry.[2]

The (generally neutral but sometimes mildly derogatory) term Dally or Dallie (short for Dalmatian) is often used in New Zealand to refer to people of Croatian descent.[4] The term has been wholeheartedly adopted by Croatian New Zealanders, among them the Auckland-based Dalmatian Cultural Society.[5] Founded in 1930, it is New Zealand's longest-surviving Croatian cultural organisation. A further neutral term, Tarara (literally, "fast talkers"), is used to refer to people of mixed Croatian–Māori heritage.[6]

The earliest Croatian settlers in New Zealand date from the 1860s, largely arriving as sailors and pioneers, and as gold miners and prospectors during the Otago Gold Rush. The first person born in New Zealand of Croatian descent was Leander Thomas Pavletich in 1864.[7] After the gold rush many moved to Northland attracted by kauri gum-digging, then a major source of income for Northland Māori and settlers.[8] These early Dalmatian settlers were also responsible in large part for establishing the New Zealand wine industry.[9] Forced off the kauri gumfields many moved into viticulture and winemaking instead, mainly in West Auckland around Kumeu, and in the Hawke's Bay region.[10][11] Croatian family names such as Selak, Nobilo, Šoljan, Babich and Delegat still feature amongst the names of New Zealand's notable wineries, and two of the largest in New Zealand, Montana Wines (now Brancott Estate) and Villa Maria Estates, were established in the mid-20th century respectively by Croatian New Zealanders Ivan Yukich and Sir George Fistonich.[11][4] 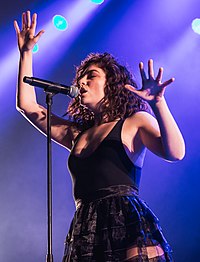 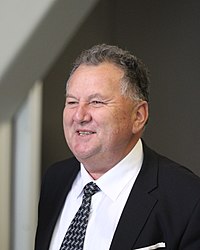