The Creoles of color are a historic ethnic group of Creole people that developed in the former French and Spanish colonies of Louisiana (especially in the city of New Orleans), Mississippi, Alabama, and Northwestern Florida in what is now the United States. French colonists in Louisiana first used the term "Creole" to refer to whites born in the colony, rather than in France. It was also used for enslaved people born in the colony.

But as a group of mixed-race people developed from unions between Europeans, Africans, Native Americans and Spanish the term Creoles of color was applied to them. In some cases, white fathers would free their concubines and children, forming a class of Gens de couleur libres (free people of color). The French and Spanish gave them more rights than enslaved people. 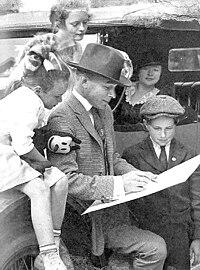 Mixed-race Creoles of color became identified as a distinct ethnic group, Gens de couleur libres (free persons of color), prior to the 19th century. During Louisiana's colonial period, Créole referred to people born in Louisiana whose ancestors had come from elsewhere; i.e., all natives other than Native Americans. The term Créole was first used by French colonists to distinguish themselves from foreign-born settlers, and later as distinct from Anglo-American settlers. Colonial documents show that the term Créole was used variously at different times to refer to white people, mixed-race people, and black people, including slaves.[1] The "of color" is thus a necessary qualifier, as "Creole"/Créole do not on their own convey any racial connotation.

Many Creoles of color were free, and their descendants often enjoyed many of the same privileges that whites did, including (but not limited to) property ownership, formal education, and service in the militia. During the antebellum period, their society was structured along class lines and they tended to marry within their group. While it was not illegal, it was a social taboo for Creoles of color to marry slaves and it was a rare occurrence. Some of the wealthier and prosperous Creoles of color owned slaves themselves. Other Creoles of color, such as Thomy Lafon, used their social position to support the abolitionist cause.

Another Creole of color, wealthy planter Francis E. Dumas, emancipated all of his slaves in 1863 and organized them into a company in the Second Regiment of the Louisiana Native Guards, in which he served as an officer.[2]

Creoles of Color had been members of the militia for decades under both French and Spanish control of the colony of Louisiana. For example, around 80 free Creoles of Color were recruited into the militia that participated in the Battle of Baton Rouge in 1779.[3] 69 After the United States made the Louisiana Purchase in 1803 and acquired the large territory west of the Mississippi, the Creoles of color in New Orleans volunteered their services and pledged their loyalty to their new country. They also took an oath of loyalty to William C. C. Claiborne, the Louisiana Territorial Governor appointed by President Thomas Jefferson.[4]

Months after the colony became part of the United States, Claiborne's administration was faced with a dilemma previously unknown in the U.S.; integration in the military by incorporating entire units of previously established "colored" militia.[5] In a February 20, 1804 letter, Secretary of War Henry Dearborn wrote to Claiborne saying, "…it would be prudent not to increase the Corps, but to diminish, if it could be done without giving offense…" [6] A decade later, the militia of color that remained volunteered to take up arms when the British began landing troops on American soil outside of New Orleans in December 1814. This was the commencement of the Battle of New Orleans.[7]

After the Louisiana Purchase, many Creoles of color lost their favorable social status, despite their service to the militia and their social status prior to the U.S. takeover. The territory and New Orleans became the destination of many migrants from the United States, as well as new immigrants. Migrants from the South imposed their caste system. In this new caste system, all people with African ancestry or visible African features were classified as black, and therefore categorized as second class citizens, regardless of their education, property ownership, or previous status in French society. Former free Creoles of Color were relegated to the ranks of emancipated slaves.

With the advantage of having been better educated than the new freedmen, many Creoles of color were active in the struggle for civil rights and served in political office during Reconstruction, helping to bring freedmen into the political system.[8][9] During late Reconstruction, white Democrats regained political control of state legislatures across the former Confederate states by intimidation of blacks and other Republicans at the polls. Through the late nineteenth century, they worked to impose white supremacy under Jim Crow laws and customs. They disfranchised the majority of blacks, especially by creating barriers to voter registration through devices such as poll taxes, literacy tests, grandfather clauses, etc., stripping African Americans, including Creoles of color, of political power.

Creoles of color were among the African Americans who were limited when the U.S. Supreme Court ruled in the case of Plessy v. Ferguson in 1896, deciding that "separate but equal" accommodations were constitutional. It permitted states to impose Jim Crow rules on federal railways and later interstate buses.

Contribution to the arts

Some Creoles of color trained as classical musicians in 19th-century Louisiana. These musicians would often study with those associated with the French Opera House; some traveled to Paris to complete their studies. Creole composers of that time are discussed in Music and Some Highly Musical People by James Monroe Trotter, and Nos Hommes et Notre Histoire by Rodolphe Lucien Desdunes. 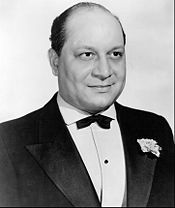 Creoles of color from the New Orleans area were active in defining the earliest days of jazz.[11][12] Some of the most notable names: