The Conservative Party (Bokmål: Høyre, Nynorsk: Høgre, H, literally "Right") is a progressive liberal-conservative[12] and Pro-European political party in Norway. It is the major party of the Norwegian centre-right, and the leading party in the governing Solberg cabinet. The current party leader is the Prime Minister Erna Solberg. The party is a member of the International Democrat Union and an associate member of the European People's Party.

The party is traditionally a pragmatic and moderately conservative party strongly associated with the traditional elites within the civil service and Norwegian business life. During the 20th century the party has advocated economic liberalism, reduction of taxes, individual rights, support of monarchism, the state church and the Armed Forces, anti-communism, Pro-Europeanism and support of the Nordic model; over time the party's values have become more socially liberal in areas such as gender equality, LGBT rights and immigration and integration issues, and the party is relatively secular despite its nominal support for the Church of Norway; the party defines itself as a party pursuing a "conservative progressive policy based on Christian cultural values, constitutional government and democracy."[13][14] In line with its Western alignment the party strongly supports NATO, which Norway co-founded, and has consistently been the most outspokenly pro-European Union party in Norway, supporting Norwegian membership during both the 1972 and 1994 referendums.[15]

The Conservative Party traditionally caters to the educated elite; it has the most highly educated voters of all parties, and is the most popular party among elite groups.[16][17] In the postwar era, the party formed a grand consensus with the Labour Party regarding foreign and security policy that led Norway to enter into a close alliance with the United States, and the parties' economic policies have gradually become more similar. Both parties are pragmatic, relatively technocratic, anti-populist and close to the political centre.[18] The party supports the Nordic model, but also a certain amount of semi-privatization through state-funded private services.[19]

Founded in 1884, the Conservative Party is the second oldest political party in Norway after the Liberal Party.[20] In the interwar era, one of the main goals for the party was to achieve a centre-right alliance against the growing labour movement, when the party went into decline. In the post-war era until 2005 the party participated in six governments; two 1960s national governments (Lyng's Cabinet and Borten's Cabinet), one 1980s Conservative Party minority government (Willoch's First Cabinet), two 1980s three-party governments (Willoch's Second Cabinet and Syse's Cabinet), in the 2000s Bondevik's Second Cabinet, and since 2013 it has been the dominant partner in a coalition government that currently also includes the Christian Democrats and the Liberal Party.[19]

The Conservative Party of Norway (Høire, now spelled Høyre, lit. "The Right") was founded in 1884 after the implementation of parliamentarism in Norway. The jurist Emil Stang was elected the first chairman of the party. Stang underlined important principles for the work in Høyre. The party was to be a social party of reforms that worked within the constitutional frames set by a parliamentary democracy. Høyre's electoral support has varied. In the 1981-election, Høyre got 31.7%. It was the best election since 1924. The result in 1993 was 17%. This election was influenced by the EU membership issue which divided the Liberal Party. The 1997 parliamentary election resulted in the lowest support since 1945, with only 14.3% of the votes. Høyre has since then seen increased popular support, and got 21.3% in the 1999 local elections and 21.2% in the 2001 parliamentary election.

In the beginning of the 20th century Høyre took the initiative to construct a modern Norwegian communications network. After the devastating First World War it was important for Høyre to work for the reconstruction of sound, economic politics. An example of this is the resolution Høyre passed in 1923 introducing old-age insurance. But because of the State's finances it was not possible to continue this effort. Høyre was the leading party in opposition in the post-war years in Norway. Høyre fought against the Labour Party's regulating policy. Høyre wanted another future for Norway consisting of private initiative and creative forces.

Høyre has been a protagonist in the construction of the welfare system in Norway, and has on several occasions taken the initiative to correct injustices in social care regulations.[citation needed] Additionally, Høyre has advocated that the state's activity must concentrate on its basic problems and their solutions.

During the post-war years Høyre has consolidated its position as a party with appeal to all parts of the nation. Non-socialist co-operation as an alternative to socialism has always been one of Høyre's main aims. Høyre has led several coalition governments. The Christian Democratic Party was one of Høyre's coalition partners both in 1983–86 and 1989–90.

The party strongly supported the Western alignment of Norway during the Cold War; it strongly supports NATO, which Norway co-founded in 1949, and has consistently been the most outspokenly pro-European Union party in Norway, supporting Norwegian membership during both the 1972 and 1994 referendums.[15]

At the parliamentary election in 1993, it was impossible to present a credible non-socialist government alternative, because Høyre's former coalition parties, The Christian Democrats and the Centre Party, both campaigned strongly against Norwegian membership of the EU.

Before the parliamentary election in 1997 the Labour party proclaimed that they would not be willing to govern the country if they did not obtain more than 36.9% of the votes. As it turned out, they got 35%, and other parties had to form a government. Originally, there were serious discussions between Høyre, The Christian Democrats and Venstre to take on this task, but the end result was that the two latter parties joined forces with the Centre Party to create a minority government without Høyre.

In the parliamentary election in September 2001, Høyre obtained 21.2 percent of the votes. After a series of discussions Høyre was once again able to take part in a coalition government, this time with the Christian Democratic Party (KrF), and the Liberal Party (V). The total percentage obtained for these three parties at last general election was 37.5. Høyre, as the largest party in the coalition government, had 38 members in the present Storting, and 10 of the 19 ministers in the Government were Høyre representatives. Høyre's three focal areas this period were to establish a rise in quality in Norway's educational system, lower taxes and produce a higher service level in state sectors.

In the 2005 parliamentary election, Høyre obtained 14.1% of the votes. The election outcome put Høyre back in opposition, and the party got 23 members in the present Storting.

In the 2009 parliamentary election, Høyre obtained 17.2% of the votes, and 30 members in the present Storting.

During the local elections of 2011, however, the party gained 27.6 percent of the vote, and it has since then, without exceptions, polled first and second.

In the 2013 parliamentary election, Høyre obtained 26.8 percent of the votes, and 48 members in the present Storting. Høyre formed a minority government, with confidence and supply from KrF and V. The Government was reelected in 2017 and became a majority Government in 2019.

Høyre defines itself as a party pursing a "conservative progressive policy based on Christian cultural values, constitutional government and democracy."[13]

Høyre is considered a reform party profess to the moderately conservative political tradition, adhering to the thoughts of Edmund Burke. The party is committed to fiscal free-market policies, including tax cuts and relatively little government involvement in the economy. However, it does support the continued existence of the Norwegian welfare state.

Høyre is also the only party in the Storting which proposes a reduction in public spending. The party is often associated with wealth and has historically been attacked by the left for defending the country's richest, although this argument is rarely presented any more.[citation needed]

The Conservative Party's social policies are socially liberal and the party voted in 2008 for a law that recognised same-sex marriage and gay adoption rights.[21]

The party has around 30,000 registered members (2018). The Central Board of the Conservative Party meets seven times a year to discuss important matters such as budget, organisational work, plans, party platforms, drawing up political lines.

The party traditionally caters to the educated elite; it has the most highly educated voters of all parties, and is the most popular party among elite groups.[16][17] 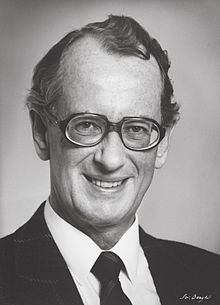 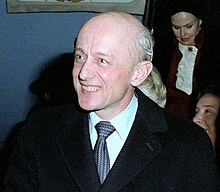 Distributions of seats for the parliamentary election in 2017