Wayback Machine Holy See Lateran Treaty
Agreement or treaty between the Holy See of the Catholic Church and a sovereign state
This article is about agreements involving the Holy See. For other uses, see Concordat (disambiguation).

According to P.W. Brown the use of the term "concordat" does not appear "until the pontificate of Pope Martin V (1413–1431) in a work by Nicholas de Cusa, entitled De Concordantia Catholica".[2] The first concordat dates from 1098, and from then to the beginning of the First World War the Holy See signed 74 concordats.[1] Due to the substantial remapping of Europe that took place after the war, new concordats with legal successor states were necessary.[1] The post-World War I era saw the greatest proliferation of concordats in history.[1]

Although for a time after the Second Vatican Council, which ended in 1965, the term 'concordat' was dropped, it reappeared with the Polish Concordat of 1993 and the Portuguese Concordat of 2004. A different model of relations between the Vatican and various states is still evolving[3] in the wake of the Second Vatican Council's Declaration on Religious Liberty, Dignitatis humanae.[citation needed]

The Catholic church historically claimed not to be bound to one form of government over another, but was willing to work with any kind of government, so long as the rights of God and believers were maintained. Pius XI wrote in 1933:

Universally known is the fact that the Catholic Church is never bound to one form of government more than to another, provided the Divine rights of God and of Christian consciences are safe. She does not find any difficulty in adapting herself to various civil institutions, be they monarchic or republican, aristocratic or democratic.[4]

From a Church–State perspective, the contentions regarding Concordats involves two perspectives.

From a Catholic perspective, the Church has the moral and theological right to enter into diplomatic relations with states in order to reach agreements regarding the care of its members residing there. This is the concept of Libertas ecclesiae (freedom of the Church).

However, from a non-Catholic perspective, Catholic church privileges pose certain concerns regarding religious freedom, such as: 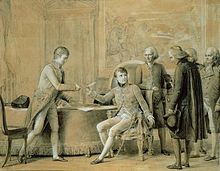 When the political will is present, such concordat privileges can be extended by domestic legislation. In 1992 the tax exemption granted the Church by the Italian concordat was interpreted by a law which permits the Catholic Church to avoid paying 90% of what it owes to the state for its commercial activities.[13] Thus, a small shrine within the walls of a cinema, holiday resort, shop, restaurant or hotel is sufficient to confer religious exemption.[14] In June 2007 Neelie Kroes, the European Commissioner for Competition announced an investigation of this. Then, in August, the deputy finance minister in Romano Prodi's fragile center-left coalition said the issue needed to be tackled in the next year's budget.[15] However, after that nothing more about this was heard from the Barroso Commission and a few months later the Prodi government fell.

The Slovak concordat (2000, art. 20.2) ensures that church offertories are "not subject to taxation or to the requirement of public accountability".[16]

This is also the case in Côte d'Ivoire, where far larger sums are involved. The Basilica at Yamoussoukro, is estimated to have cost $300 million, and the additional running expenses for what is the largest church in the world are also shielded from scrutiny by the 1992 concordat concluded with the Ivorian president. Houphouët-Boigny claimed that these funds came from his private fortune. A Vatican official is reported to have called the agreement over the foundation set up to administer these funds "a delicate matter".[17] Nevertheless, this concordat ensures that the foundation’s income and assets remain untaxed (art. 9.1), it holds these funds beyond the reach of both criminal and civil law (art. 7.1), it permits this money to be sent out of the country (art. 13.2) and it keeps all the foundation’s documents "inviolable", in other words, secret (art. 8).[18]

In Colombia there was a crisis between state and church in 1994 when Attorney-General Gustavo de Greiff accused several Bishops of having illegal contacts with the FARC guerrillas. It turned out that under Colombia's concordat with the Holy See, members of the clergy could only be investigated by ecclesiastical courts which are ruled by canon law, and that the Bishops were therefore immune from investigation by the civil authorities on what many in Colombia considered to be a serious felony.

Further information: Treaties of the Holy See, Multilateral Treaties signed by the Holy See and Concordats with individual states of Germany

There have been at least several hundred concordats over the centuries.[19] The following is a sortable list of the concordats and other bilateral agreements concluded by the Holy See.