The Communist Party of Italy (Italian: Partito Comunista d'Italia, PCd'I) was a communist political party in Italy which existed from 1921 to 1926 when it was outlawed by Benito Mussolini's Fascist regime.

In 1943, the party was refounded and the name was changed to the Italian Communist Party (Italian: Partito Comunista Italiano, PCI) after the fall of Fascism.

The Communist Party of Italy was founded in Livorno on 21 January 1921 following a split in the Italian Socialist Party (PSI) on their 17th Congress. The split occurred after the socialist Congress of Livorno refused to expel the reformist group as required by the Comintern. The L'Ordine Nuovo group in Turin led by Antonio Gramsci and the "culturalist" faction led by Angelo Tasca joined the Communist Faction in the new party.

This change was not surprising as PCI started being used as the party's acronym around 1924–1925. This name change also reflected a change in the Comintern's role—it increasingly became a federation of national communist parties. This trend accelerated after Lenin's death and its new name emphasized the party's shift from an international focus to an Italian one. At the time, it was a hotly contested issue for the two major factions of the party. On one side, the Leninist preferred the single world party as it was internationalist and strongly centralized while on the other side the Italians wanted a party more tailored to their nation's peculiarities and more autonomy. 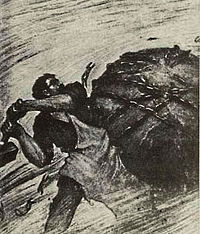 Detail of the first membership card of PCd'I in 1921

As a territorial section of Comintern, the PCI adopted the same program, the same conception of the party and the same tactics adopted by the II Congress in Moscow of 1920. The official program, drawn up in ten points, began with the intrinsically catastrophic nature of the capitalist system and terminated with the extinction of the state. It follows in a synthetic way the model outlined by Lenin for the Communist Party of the Soviet Union (CPUS).

For a while, this identity resisted, but the fast progress of the reaction in Europe produced a change of tactics in a democratic direction within the PCUS and consequently within the Comintern. This happened in particular regarding the possibility, previously opposed, of an alliance with the social democratic and bourgeois parties. This provoked a tension in the party between the majority (Left) and the minority currents (the Right with 16% and the Center with 11% in 1924)[citation needed] supported by the Comintern. The proposals of the Left were no longer accepted and the conflict became irremediable.

Since its formation, the PCI strived to organize itself on some bases which were not a mere reproduction of the traditional parties’ bases, but then it took again some arguments that distinguished the battle within the PSI, namely the idea that it is necessary to form an environment fiercely hostile to bourgeois society and that is an anticipation of the future socialist society. The purpose of this is not utopian because already in this society, especially in production, some structures are born on future results.

In two articles of 1921, this concept was developed so deeply that it was asserted that the vanguard party is not a simple part of the proletarian class, but already a structure beyond the classes, already fitted to the classless society and designed in accordance with its future duties. Revolution was not a problem of organizational shape, but of strength as revolution could not be "done" (an infantile and unrealistic goal), but rather "led". From the organizational point of view, the party was to abandon elective democracy, internal hierarchies and work "organically"; that is, like a biological organism, where the single parts or cells and different organs work together for the whole.

In the first years of the PCI, there was no official leader, but the accepted leader, first of the faction/tendency and then of the party, was Amadeo Bordiga of the Left current. Leaders of the minority currents were Angelo Tasca (Right) and Antonio Gramsci (Center).

The national structure included provincial federations, local sections, union groups and a clandestine organization for the fight against the armed Fascist groups, the Ufficio Primo. According to the report of the Central Committee to the 2nd Congress, during the polls in the Unions (Camera del Lavoro) the Communist motions received 600,000 votes. 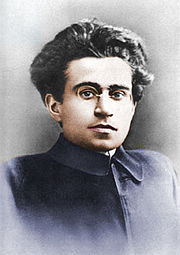 In 1923, some members of the party were arrested and put on trial for "conspiracy against the State". This allowed the intense activity of the Communist International to deprive the party's left-wing of authority and give control to the minority centre which had aligned with Moscow.

In 1924–1925, the Comintern began a campaign of "Bolshevisation" which forced each party to conform to the discipline and orders of Moscow. During the clandestine conference held in Como to ratify the party leadership in May 1924, 35 of the 45 federation secretaries, plus the secretary of the youth federation, voted for Bordiga's Left, four for Gramsci's Centre and five for Tasca's Right.

Before the Lyon Congress in 1926, the Centre won almost all the votes in the absence of much of the Left, who were unable to attend as a result of fascist controls and lack of Comintern support. Recourse to the Comintern against this evident manoeuvre had little effect.

The PCd’I as conceived by the Left terminated. The organisation continued with the support of the Comintern and a new structure and leadership. In 1922, the newspaper L'Ordine Nuovo was closed and in 1924 a new Centre newspaper, l'Unità, edited by Gramsci, was founded. The Left continued as a faction, principally functioning in exile. It published the newspaper Bilan, a monthly theoretical bulletin.

In 1926, Bordiga and Gramsci were arrested and imprisoned on the island of Ustica. In 1927, Palmiro Togliatti was elected secretary in place of Gramsci. In 1930, Bordiga was expelled from the Comintern and accused of Trotskyism.

In 1943, Joseph Stalin dissolved the Communist International and on 15 May the exiled members of the PCd’I in Moscow changed the party's name to the PCI. Under this name, it reorganised in Italy and became a parliamentary party after the fall of Fascism.