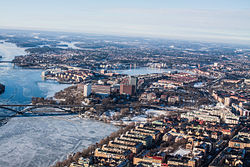 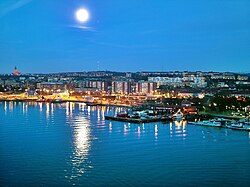 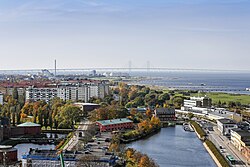 This is a list of cities in modern Sweden that once enjoyed city privileges, thus were entitled to call themselves town (Swedish: stad, plural städer). The year indicates the year they were established or when they were granted a royal charter. The list does not include towns in Finland established during Swedish rule.

Legally and administratively, the term stad is not used in Sweden since the municipal reform of 1971, when the municipality (kommun) became the only existing form of local government. Before the reform there were 132 urban centres (133 to 1966) that had the title of stad.

The decision to call themselves stad has been taken purely for image/marketing reasons. In legal situations the word kommun (municipality) must be included in the municipality's name and governmental authorities will only refer to them by their legal names.

A number of suburban towns have grown together with neighbours and are nowadays seldom considered as separate towns:

The following are not seats of their municipalities: