listen); Northern Thai: ᨩ᩠ᨿᨦᩉᩲ᩠ᨾ᩵, pronounced [tɕiaŋ.màj]) is the second-largest province (changwat) of Thailand. It lies in upper northern Thailand. It is bordered by Chiang Rai to the northeast, Lampang and Lamphun to the south, Tak to the southwest, Mae Hong Son to the west, and Shan State of Burma to the north. The capital, Chiang Mai, is 685 kilometres (426 mi) north of Bangkok.

Chiang Mai Province is about 685 km (426 mi) from Bangkok in the Mae Ping River basin and is on average at 300 m (1,000 ft) elevation. Surrounded by the mountain ranges of the Thai highlands, it covers an area of approximately 20,107 km2 (8,000 sq mi). The mountains of the Daen Lao Range (ทิวเขาแดนลาว) at the north end of the province, the Thanon Thong Chai Range (เทือกเขาถนนธงชัย) with the highest mountain in Thailand, Doi Inthanon at 2,565 metres (8,415 ft), stretching in a north-south direction, and the Khun Tan Range in the east of the province are covered by rain forest. The Mae Ping, one of the major tributaries of the Chao Phraya River, originates in the Daen Lao mountains. Several national parks are in the province: Doi Inthanon[4], Doi Suthep-Pui,[5] Ob Luang,[6] Sri Lanna,[7] Huai Nam Dang,[8] Mae Wang,[9] and Pha Daeng.[10]

In 1599, the kingdom lost its independence and became part of the Ayutthaya Kingdom. This ended the dynasty founded by King Meng Rai, an era that last 300 years. The Burmese occupiers, had a powerful Burmese influence on the architecture which can still be seen today. It was only in the late 18th century that Burma was finally defeated with the leadership of King Taksin.

In 1932 the Chiang Mai province moved up to the second level subdivision of Thailand when the administrative unit of Monthon Phayap, the remains of the Lanna Kingdom, was dissolved.

13.4 percent of the population in the province are members of hill tribes:

The "flame of the forest"

The seal of the province shows a white elephant in a glass pavilion. The white elephant is a royal symbol in Thailand, and it is depicted to remember the offering of a white elephant by Thammalangka, a ruler of Chiang Mai, to his overlord, King Rama II of Bangkok. The pavilion symbolizes that Buddhism prospered in Chiang Mai, especially when in 1477 the teachings of Buddha, the Tripitaka, were reviewed.[12]

The provincial flower and tree is the "flame of the forest" (Butea monosperma).[12]

The provincial slogan is In the shadow of Mount Doi Suthep, blessed with rice customs and traditions, beautiful wild flowers, magnificent Nakhon Phing.[12] 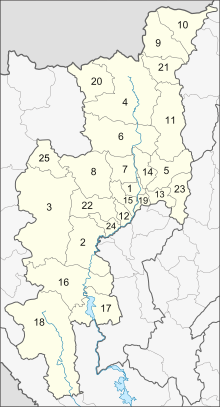 Chiang Mai has a tropical wet and dry climate (Köppen Aw), tempered by the low latitude and moderate elevation, with warm to hot weather year-round, though nighttime conditions during the dry season can be cool and are much lower than daytime highs. The maximum temperature ever recorded is 42.4 °C (108.3 °F) in May 2005.[15]

Since 2003, United Nations Development Programme (UNDP) in Thailand has tracked progress on human development at sub-national level using the Human achievement index (HAI), a composite index covering all the eight key areas of human development. National Economic and Social Development Board (NESDB) has taken over this task since 2017.[3]

Chiang Mai Province is the tourist hub of the north and one of Thailand's most important tourist destinations.[citation needed]It is considered one of the most scenic provinces in the country due to its mountain ranges, valleys, flora, and fauna. For example, the Hang Dong Canyon is coveted as a great tourist attraction. Furthermore, unlike most of Thailand, in some months, the climate in the north and Chiang Mai is cool, fresh, and misty.

Each amphoe of Chiang Mai has its own hospital, but among the largest are located in Mueang Chiang Mai District and include Maharaj Nakorn Chiang Mai Hospital and Nakornping Hospital.

The north of Thailand's culture is Lanna in origin and the people are proud of their northern roots. The region is home to distinctive foods, music, arts, way of life, and even language. Chiang Mai is home to various hill tribes and their own distinctive cultures. 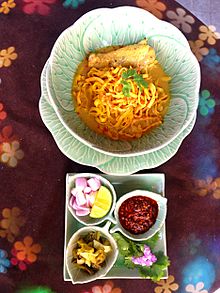 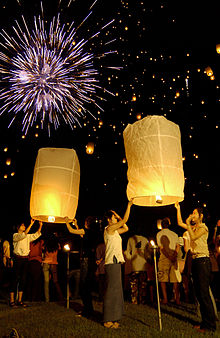 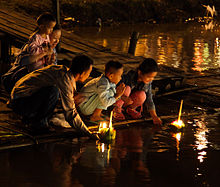 The province is twinned with eight provinces/states.[18] 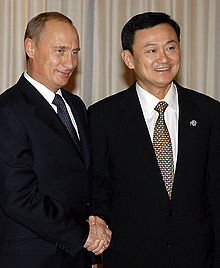