The main university campus, Ciudad Universitaria de Caracas, was designed by architect Carlos Raúl Villanueva and it is considered a masterpiece of urban planning and was declared a World Heritage Site by UNESCO in 2000.

The origin of the university goes back to Friar Antonio González de Acuña (1620–1682), a Peruvian Bishop who studied theology at the Universidad de San Marcos and founded in 1673 the Seminary Saint Rose of Lima in Caracas named after the first Catholic Saint born in the Americas. In the following years, Friar Diego de Baños y Sotomayor broadened the scope of the seminary by creating the School and Seminary of Saint Rose of Lima in 1696. Yet, in spite of the creation of the seminar, students who wished to obtain a university degree had to travel great distances to attend universities located in Santo Domingo, Bogotá or Mexico City. Given such harsh circumstances, the Rector of the Seminary, Francisco Martínez de Porras and the people of Caracas requested the royal court in Madrid the creation of a university in Venezuela (then part of the Viceroyalty of New Granada). As a result, on 22 December 1721 Philip V of Spain signed in Lerma a Royal Decree that transformed the School-Seminary into the Universidad Real y Pontificia de Caracas. The Royal Decree was concurred by Pope Innocent XIII with a Papal bull in 1722. The university offered degrees in Philosophy, Theology, Canon law and Medicine. Until 1810, when the Seminary of Saint Bonaventura located in Mérida became the Universidad de Los Andes, the Universidad Real y Pontificia de Caracas was the only university existing in the country.

The old campus in 1911. The building also served as the location for the National Library when it was founded in 1833. It is currently known as the Palacio de las Academias which is Spanish for "Palace of Academies"

Until the end of the 18th century, the official papal and royal censorship on books was largely ignored in Venezuela, a situation which allowed the smuggling of the works by Rousseau, Voltaire, Diderot, Montesquieu, Locke, Helvetius, Grotius in the ships belonging to the Guipuzcoana Company.

The Royal constitution was displaced by the Republican Statutes proclaimed by Simón Bolívar on 24 June 1827. The new statutes gave the institution a secular character and transferred the main authority to the Rector. 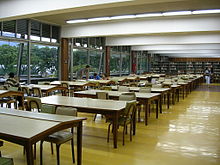 On December 1908, Juan Vicente Gómez came into power with a coup d'état against the government of Cipriano Castro. Gómez stayed in power until his death in 1935, and during this time the Dictator, having ambivalent feelings about the purpose of educating free minds when he could hire foreigners to exercise any technical requirements for the nation, decided to close the university from 1912 to 1922. When it reopened, the Rector Felipe Guevara Rojas had reorganized the traditional division of only a few schools, separating them into departments.

1928 became a very important year for the university when a group of students, known as the Generation of 1928, organized events during the "Students Week" protesting the dictatorship which culminated in an attempt to overthrow Gómez on 7 April of that year. This group, which shared a common front against Gómez, was conformed by people like Rómulo Betancourt, Miguel Otero Silva, Juan Oropeza, Isaac Pardo and Rodolfo Quintero. Most of them were jailed after the events or went into exile without being able to finish their studies.

The university continued to be at the forefront of the democratization of the country when in 1936, then President Eleazar López Contreras, ordered a decree suspending the Constitutional rights and declaring a general censorship of the press because the oil workers decided to start a strike (an unprecedented deed at the time). The Rector of the University, Francisco Antonio Rísquez, led the protest that followed through the streets of Caracas against the policies of López Contreras.

By 1942, the student population had been growing steadily for decades without any significant expansion of the University. Instead several schools, like Medicine, were moved to other buildings around the city. The administration of President Isaías Medina Angarita felt the need to move the university to a larger and more modern location where it could function as coherent whole. The government bought the Hacienda Ibarra and the responsibility of the main design was given to the architect Carlos Raúl Villanueva after a visit to the University City of Bogotá convinced the authorities of the Ministry of Public Works that, in order to avoid constructing a group of heterogeneous buildings, the design should be under one architect. 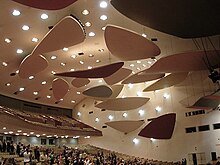 Floating Clouds, 1953, by Alexander Calder in the Aula Magna

The new campus was going to become a vast urban complex of about 200 hectares and included 40 buildings. Villanueva worked with 28 avant-garde artists of the time, from Venezuela and the rest of the world, to build what continues to be one of the most successful applications of Modern Architecture in Latin America. Villanueva's guiding principle was the creation of a space where art and architecture cohabited in harmony in a "Synthesis of Arts". Among some of the most important pieces present in the university are the 1953 Floating Clouds by Alexander Calder, murals by Victor Vasarely, Wifredo Lam, Fernand Léger and sculptures by Jean Arp and Henri Laurens. The Ciudad Universitaria de Caracas was declared World Heritage by UNESCO, and it is the only modern university campus designed by a single architect to receive such high honor.

In 1958, after the fall of dictator Marcos Pérez Jiménez, a government commission established a new law for the universities. The new law came into place on 5 December, guaranteeing that faculty and students could work in an environment of freedom and tolerance. This very important legal foundation was however abused during the 1960s when guerrilla rebels, supported by Fidel Castro took refuge inside the university campus to escape prosecution from the government. This tense situation came to a stalemate in 1969 when students asking for a reform took over the university. On 3 October 1970, the administration of President Rafael Caldera ordered the university to be raided by the military and Rector Jesús María Bianco was forced to resign. The university reopened in 1971 with a new Rector and a new plan for renovation.

In terms of the academic development of the modern university, the second half of the 20th century was a time when the Central University's faculty body benefited greatly from the influx of European immigrants. Many intellectuals settled in Venezuela after the end of the Spanish Civil War and World War II and found jobs at the university. Those scientists and humanists helped develop lines of research and teaching at the university and educated many of the present generation of faculty members.

The university is organized into 11 schools (Facultades) which are subdivided into 40 departments (Escuelas). 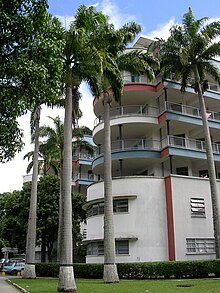 The Ranking Iberoamericano de Instituciones de Investigacion based on the Institute for Scientific Information ranked the Central University of Venezuela as the most productive research institution in the country and as the 20th most productive in Latin America.[17] Other top 25 positions were reached in the following areas:

The 2010 University Ranking by Academic Performance (URAP),[30] ranked the UCV as the best university in Venezuela and 805th university in the world. 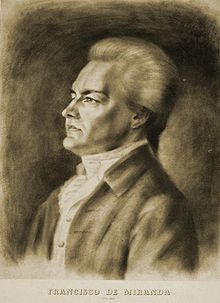 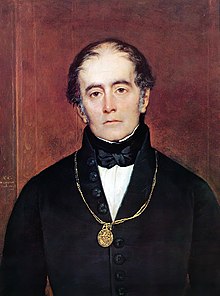 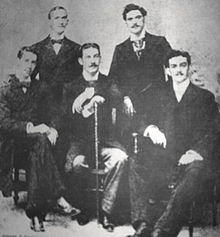 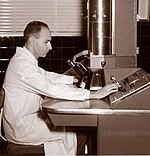