Romanian Canadians are Canadian citizens of Romanian descent or Romania-born people who reside in Canada.

According to the Canadian Census data of 2016, there are approximately 240,000 Romanian-Canadians.[2] Some sources estimates that this number might be as high as c. 400,000 Canadians who are fully or partially of Romanian ancestry.

Before World War I

Romanians moved to Canada in several periods. The first period was at the end of the 19th century and the beginning of the 20th century. Romanians had discovered Canada towards the end of the 19th century, after Clifford Sifton – Minister of Home Affairs representing a Liberal government that had promised to populate the West – had visited Bukovina. From 1896 to 1900, a group of Romanians established themselves in Assiniboia (now Saskatchewan), at Clifford Sifton's advice. The first two Romanian families that migrated to Canada from the Bukovina village of Boian stopped in Alberta in 1898. Other 100 Bucovina families took their example and followed them and they gave the settlement the name of their home village.

At the end of the 19th century and the beginning of the 20th century, many Romanians from the former Austro-Hungarian Empire (Transylvania, Bukovina, Banat, Crişana, and Maramureş) migrated to the Prairie provinces of Canada to work as farmers. The Dominion Lands Act encouraged homesteaders to come to the area. The migrants from the Romanian Old Kingdom were mostly Romanian Jews. Many Romanians moved to Canada and the United States between 1895 and 1920.[3]

St Nicholas's Romanian Orthodox Church (established in 1902[4] in Regina) is the oldest Romanian Orthodox parish in North America;[5] St George's Cathedral (founded in 1914[6] though the present building dates from the early 1960s), is the episcopal seat of the Romanian Orthodox Bishop of Regina. Today, the Romanian school from Boian, Alberta is a museum showcasing Romanian immigration, photos of the first Romanian settlers in the area and the typical Romanian farmer's life in rural Canada.

The second period was between 1945–1955, when Romanians moved after World War II, during Communist Romania, at a time when Romania was in a difficult period in its history. In this period, 1,460,000 Romanian citizens left their country. Many of them were political refugees. Many of them left for Canada.

After the fall of Communism

Another wave of Romanian emigration to Canada occurred after 1989 following the Romanian Revolution of 1989, when people obtained the right to leave Romania subsequent to the fall of Communism in Central and Eastern Europe. The wave intensified after the Mineriad of 13–15 June 1990. After 1998, for the fourth time, a large number of Romanians were leaving Europe to come to Canada.

In 2001, there were 131,830 Canadian residents who identified themselves of Romanian origin, of which 53,320 were single-origin Romanians and 78,505 were of mixed Romanian and other origins.[7] The largest concentrations of Romanian-Canadians are in the Greater Toronto Area (approx. 75,000) and in the Greater Montreal Area (approx. 40,000). According to the Canada 2001 Census, the number of people of Romanian mother tongue in Canada was 50,895 and 61,330 Canadians claimed to speak Romanian. The number of people born in Romania was 61,330 and 2,380 were born in Moldova.

According to the 2016 Census, there were 238,050 Canadian residents who identified themselves of Romanian origin, of which 96,910 were single-origin Romanians and 141,145 were of mixed Romanian and other origins.[8] Almost 100,000 Romanian Canadians live in Ontario.[9] 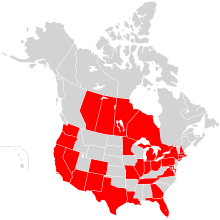 In 1939, on Iberville Street, in Montreal, was built "Casa Romana", where was set up a Romanian school.

In 1957, was set up the Romanian Cultural Association of Hamilton, Ontario. Cuvântul românesc is the newspaper of the association. "The Week of the Romanians" continues the tradition of almost 40 years of the "Romanian Field Week" at Hamilton, Ontario. Through the years, the place has combined cultural tributes to Romania with anticommunist manifestations from Romanians in North America. The Romanian Field covers 40 acres (160,000 m2) in a natural environment near Hamilton. The place features the Nae Ionescu Cultural Center, the St. Mary Chapel, sports fields, a pool, as well as a couple of bungalows and accommodation for mobile homes. The place for the St. Mary Chapel was chosen by Valerian Trifa. The Writers' Alley (Rotonda) includes busts (sculptor Nicăpetre (1936–2008) of Nae Ionescu, Vasile Posteucă, George Donev, Aron Cotruş, Vintilă Horia, Mircea Eliade and Mihai Eminescu.

Another recreational and Romanian cultural facility in Canada is the Camp at Fort Qu'Appelle, Saskatchewan. Although not quite completed, the camp was blessed and opened for use by Archbishop Valerian Trifa in the summer of 1971.

On July 24, 1998 the Romanian community of Boian, Alberta celebrated its centenary. Besides religious services, there was a cultural program and demonstrations of the early life of the Romanians in Canada. The Romanian Orthodox parish in Boian has a Romanian ethnic museum housed on its premises. The museum and St. Mary Orthodox Church was proclaimed historical site by the authorities.

Main articles: Canada–Romania relations, Embassy of Canada in Bucharest, and Embassy of Romania in Ottawa

Clifford Sifton visited Bukovina in 1895. From 1912 to 1913 Robert W. Service was a correspondent for the Toronto Star during the Balkan Wars.

Joseph W. Boyle served the king and queen of Romania during the World War I, helping to protect the country from the Central Powers and to operate Romania's railroads. He was awarded the special title of "Saviour of Romania" for these and many other deeds. He remained a close friend, and was at one time a possible lover of the Romanian Queen, British-born Marie of Edinburgh.

The formal Canadian-Romanian relations were established on August 16, 1919 when the General Consulate of Romania was established in Montreal[13] by Vasile Stoica.

Canadian general, diplomat and peacekeeper John de Chastelain was born in Bucharest to a Scottish father and an American mother.

Bilateral relations at embassy level were initiated on April 3, 1967. Canada commissioned its first resident ambassador in Romania in December 1967. The Embassy of Romania in Ottawa[14] was opened in 1970. In 1991, the Consulate General of Romania was established in Toronto, while the consulate general in Montreal resumed its initial functions. In 2011, a consulate general was established in Vancouver.[15]

The Ambassador of Romania in Ottawa, Maria Ligor presented her credentials on June 10, 2013, to David Johnston, Governor General of Canada, at Rideau Hall, in Ottawa. The Ambassador of Canada in Bucharest,[16] Joanne Lemay, presented her credentials on November 13, 2013. Romania has an honorary consulate general in Moncton, and an honorary consulate in Quebec City.[17] 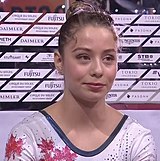