Canadian literature has been created in Canadian English, Canadian French, and Canadian Gaelic, and more recently by First Nations and immigrants of other ancestral backgrounds. Influences on Canadian writers are broad, both geographically and historically, representing Canada's diversity in culture and region.

While mostly written in English, "Indigenous literature" has begun to flourish and is based upon many distinct oral traditions, languages, and cultural practices. However, Canadians have been less willing to acknowledge the diverse languages of Canada, such as Canadian Gaelic.[1][2]

The dominant European cultures were originally English, French, and Gaelic. However, in recent decades Canada's literature has been strongly influenced by immigrants from other countries. Since the 1980s Canada's ethnic and cultural diversity has been openly reflected in its literature, with many of its most prominent writers focusing on ethnic minority identity, duality and cultural differences.

In 1802, the Lower Canada legislative library was founded, being one of the first in Occident, the first in the Canadas. For comparison, the library of the British House of Commons was founded sixteen years later. The library had some rare titles about geography, natural science and letters. All books it contained were moved to the Canadian parliament in Montreal when the two Canadas, lower and upper, were united. On April 25, 1849, a dramatic event occurred: the Canadian parliament was burned by furious people along with thousands of French Canadian books and a few hundred of English books. This is why some people still affirm today, falsely, that from the early settlements until the 1820s, Quebec had virtually no literature. Though historians, journalists, and learned priests published, overall the total output that remain from this period and that had been kept out of the burned parliament is small.

It was the rise of Quebec patriotism and the 1837 Lower Canada Rebellion, in addition to a modern system of primary school education, which led to the rise of French-Canadian fiction. L'influence d'un livre by Philippe-Ignace-Francois Aubert de Gaspé is widely regarded as the first French-Canadian novel. The genres which first became popular were the rural novel and the historical novel. French authors were influential, especially authors like Balzac. 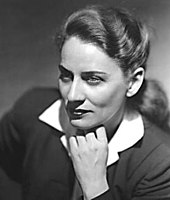 In 1866, Father Henri-Raymond Casgrain became one of Quebec's first literary theorists. He argued that literature's goal should be to project an image of proper Catholic morality. However, a few authors like Louis-Honoré Fréchette and Arthur Buies broke the conventions to write more interesting works.

This pattern continued until the 1930s with a new group of authors educated at the Université Laval and the Université de Montréal. Novels with psychological and sociological foundations became the norm. Gabrielle Roy and Anne Hébert even began to earn international acclaim, which had not happened to French-Canadian literature before. During this period, Quebec theatre, which had previously been melodramas and comedies, became far more involved.

French-Canadian literature began to greatly expand with the turmoil of the Second World War, the beginnings of industrialization in the 1950s, and most especially the Quiet Revolution in the 1960s. French-Canadian literature also began to attract a great deal of attention globally, with Acadian novelist Antonine Maillet winning the Prix Goncourt. An experimental branch of Québécois literature also developed; for instance the poet Nicole Brossard wrote in a formalist style. In 1979, Roch Carrier wrote the story The Hockey Sweater, which highlighted the cultural and social tensions between English and French speaking Canada.

Sisters Susanna Moodie and Catherine Parr Traill wrote several stories about their experiences in the Canadas.

Because Canada only officially became a country on July 1, 1867, it has been argued that literature written before this time was colonial. For example, Susanna Moodie and Catharine Parr Traill, English sisters who adopted the country as their own, moved to Upper Canada in 1832. They recorded their experiences as pioneers in Parr Traill's The Backwoods of Canada (1836) and Canadian Crusoes (1852), and Moodie's Roughing It in the Bush (1852) and Life in the Clearings (1853). However, both women wrote until their deaths, placing them in the country for more than 50 years and certainly well past Confederation. Moreover, their books often dealt with survival and the rugged Canadian environment; these themes re-appear in other Canadian works, including Margaret Atwood's Survival. Moodie and Parr Traill's sister, Agnes Strickland, remained in England and wrote elegant royal biographies, creating a stark contrast between Canadian and English literatures.

However, one of the earliest "Canadian" writers virtually always included in Canadian literary anthologies is Thomas Chandler Haliburton (1796–1865), who died just two years before Canada's official birth. He is remembered for his comic character, Sam Slick, who appeared in The Clockmaker and other humorous works throughout Haliburton's life. 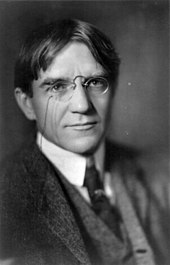 Charles G. D. Roberts was a poet that belonged to an informal group known as the Confederation Poets.

A group of poets now known as the "Confederation Poets", including Charles G. D. Roberts, Archibald Lampman, Bliss Carman, Duncan Campbell Scott, and William Wilfred Campbell, came to prominence in the 1880s and 1890s. Choosing the world of nature as their inspiration, their work was drawn from their own experiences and, at its best, written in their own tones. Isabella Valancy Crawford, Frederick George Scott, and Francis Sherman are also sometimes associated with this group.

During this period, E. Pauline Johnson and William Henry Drummond were writing popular poetry - Johnson's based on her part-Mohawk heritage, and Drummond, the Poet of the Habitant, writing dialect verse.

The L. M. Montgomery novel Anne of Green Gables was first published in 1908. It has sold an estimated 50 million copies and is one of the best selling books worldwide.[5]

Reacting against a tradition that emphasised the wilderness, poet Leonard Cohen's novel Beautiful Losers (1966), was labelled by one reviewer "the most revolting book ever written in Canada".[6] However, Cohen is perhaps best known as a folk singer and songwriter, with an international following.

Following World War II, writers such as Mavis Gallant, Mordecai Richler, Norman Levine, Margaret Laurence and Irving Layton added to the Modernist influence to Canadian literature previously introduced by F. R. Scott, A. J. M. Smith and others associated with the McGill Fortnightly. This influence, at first, was not broadly appreciated. Norman Levine's Canada Made Me,[7] a travelogue that presented a sour interpretation of the country in 1958, for example, was widely rejected.

After 1967, the country's centennial year, the national government increased funding to publishers and numerous small presses began operating throughout the country.[8] The best-known Canadian children's writers include L. M. Montgomery and Monica Hughes.

This group, along with Nobel Laureate Alice Munro, who has been called the best living writer of short stories in English,[9] were the first to elevate Canadian Literature to the world stage. During the post-war decades only a handful of books of any literary merit were published each year in Canada, and Canadian literature was viewed as an appendage to British and American writing. When academic Clara Thomas decided in the 1940s to concentrate on Canadian literature for her master's thesis, the idea was so novel and so radical that word of her decision reached The Globe and Mail books editor William Arthur Deacon, who then personally reached out to Thomas to pledge his and the newspaper's resources in support of her work.[10]

In the 1960s, a renewed sense of nation helped foster new voices in Canadian poetry, including: Margaret Atwood, Michael Ondaatje, Leonard Cohen, Eli Mandel and Margaret Avison. Others such as Al Purdy, Milton Acorn, and Earle Birney, already published, produced some of their best work during this period.

A notable anthology of Canadian poetry is The New Oxford book of Canadian Verse, edited by Margaret Atwood (ISBN 0-19-540450-5).

Anne Carson is probably the best known Canadian poet living today. Carson in 1996 won the Lannan Literary Award for poetry. The foundation's awards in 2006 for poetry, fiction and nonfiction each came with $US 150,000.

There are a number of notable Canadian awards for literature: