Canadian Conference of the Arts

The Canadian Conference of the Arts (the CCA) was an Ottawa-based, not-for-profit, member-driven organization that represented the interests of over 400,000 artists, cultural workers and supporters from all disciplines of the nation's arts, culture and heritage community.

The CCA served the arts and cultural community in Canada by providing research, analysis and consultations on public policies affecting the arts and Canadian cultural institutions and industries. The CCA was active on many fronts to advance the relevance of the arts in Canadian society.[1]

The CCA was founded in 1958, when the Canadian Arts Council adopted a new name at the same time as it submitted papers of incorporation. The name was one of several submitted to the federal government for consideration.

The Canadian Arts Council was founded in December 1945 by a coalition of sixteen arts organizations to be an advocate for artists of all disciplines. The birth of a national organization representing the interests of Canadian artists of all disciplines can be traced to the formation of the House of Commons Special Committee on Reconstruction and Re-establishment in 1942. This committee was one of several charged with identifying issues likely to face the country following the end of the Second World War and solutions reflective of Canada's post-war prosperity and global influence.

Fifteen major cultural organizations met in Toronto in 1944 in order to draft a report for the committee on how the federal government ought to intervene in Canadian artistic and cultural development. Their three-part report, "Brief Concerning the Cultural Aspects of Canadian Reconstruction," called for, among other things, the formation of a non-partisan national body to support and oversee the arts in Canada and the establishment of community arts centres across the country. During 1945, the coalition resolved that some kind of permanent association would be beneficial. The Canadian Arts Council was formed with the mandate to "act in collaboration [. . .] on matters affecting the common interests of the member societies."[2]

The council pushed for government action on issues pertaining to Canadian arts and culture, including making a presentation to the Royal Commission on National Development in the Arts, Letters and Sciences in 1949.

Following the formation of the Canada Council for the Arts, the Canadian Arts Council renamed itself the CCA in 1958.

The CCA has organized conferences and spoken out on all major Canadian policy proposals pertaining to arts, culture and heritage since its formation. Highlights include:

On October 30, 2012, the Canadian Conference of the Arts released a press release announcing that it would be discontinuing operations. The release identified this decision was due to the loss of federal government support, which the organization had received regularly since the 1960s, and which during its final years accounted for approximately 60-70 per cent of its total operating budget. Responding to indications in spring 2012 that the federal government intended to fundamentally change its funding model, the CCA sought to redefine its business model and become an organization completely independent of government. The organization requested two years' worth of transitional funding from the Department of Canadian Heritage, but given six months of funding. Unable to convert its model within this timeframe, the CCA decided to cease its operations as of November 2, 2012.[4]

The CCA has left its research, archives and ongoing projects in the hands of a volunteer trustee board, with the intention that another cultural or academic organization will be able to continue its work in future.[5]

Since 1954, the CCA has given awards to members of Canada's cultural community who have made significant contributions to the spirit and vitality of arts and culture in Canada. The list of recipients reads like a Who's Who of the Canadian cultural sector.

The Diplôme d'honneur is presented annually to a Canadian who has made a sustained contribution to the cultural life of the country, whether through volunteer activity, mentoring, patronage, individual arts practice or other recognized support. The Keith Kelly Award for Cultural Leadership has been awarded annually since 1998, when it was established to recognize the leadership shown by the former national director of the CCA during his tenure from 1989 to 1998. It is presented to a Canadian who has made a significant contribution to the arts through advocacy work or the development of cultural policy, or who has otherwise demonstrated leadership in the field.

List of recipients of the Keith Kelly Award for Cultural Leadership 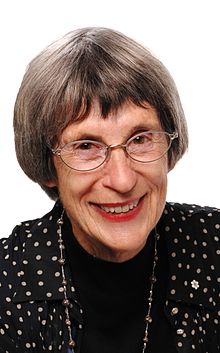