Canada Embassy of Cuba, Ottawa Cuba
Diplomatic relations between Canada and the Republic of Cuba

Diplomatic relations between the two countries remains uninterrupted since it establishment in 1945, with Canada being one of the only two countries in the Americas to maintain relations with Cuba after the Cuban Revolution in 1959. Relations between Canada and Cuba have occasionally been a source of contention for Canada-United States relations.

Both countries maintain embassies in the other's respective capital city, in addition to consulates in other cities. Canada is Cuba's largest source for tourists, with Canadians accounting for 30 per cent of tourists who visit the country. Conversely Cuba is Canada's second largest export partner in the Caribbean/Central American region.

Trade relations between Canada and Cuba dates back to the 18th century, with vessels from Atlantic Canada trading cod and beer for rum and sugar in Cuba.[2] Diplomatic relations was formally established between the two countries in 1945.[2] Cuba was the first country in the Caribbean selected by Canada for a diplomatic mission.[2] 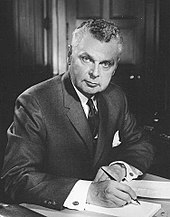 John Diefenbaker, Prime Minister of Canada, decided to maintain relations with Cuba in the aftermath of the Cuban Revolution.

Diplomatic relations between the Canada and Cuba remained uninterrupted in the aftermath of the Cuban Revolution.[3] Canada, in addition to Mexico, remained one of only two countries in the Americas that maintained uninterrupted relations with Cuba after the revolution.[2] Although John Diefenbaker, the Prime Minister of Canada, was a staunch anti-communist, he reasoned that relations should be continued "despite the philosophical differences between [Cuba's] communist regime and the West..., and that Canada should hardly be required to tighten its trade restrictions above and beyond those of other Latin American nations."[4]

On 26 April 1959, the Prime Minister of Cuba, Fidel Castro,[note 1] visited Montreal to participate in a toy drive for Cuban children. In addition to inviting Castro, the event's organizers, the Junior Chamber of Commerce of Montreal, also invited several members of Canadian government to greet Castro, although those contacted refused to do so.[5]

The choice to maintain relations with the revolutionary Cuban government served as a point of contention for Canada-U.S. relations in the decades following the Cuban Revolution. During John F. Kennedy's tenure as the President of the United States, Diefenbaker used Canadian-Cuban relations to showcase that Canada was not mirroring the foreign policy of the United States.[4]

Canada played a minor role in the Cuban Missile Crisis, with the Royal Canadian Navy assisting the United States, and other NATO allies in searching the North Atlantic Ocean for Soviet vessels from the 24 October to the end of the crisis.[6] However, Diefenbaker's desire to maintain an independent foreign policy from the United States during the Cuban Missile Crisis, contributed towards his defeat 1963 Canadian federal election. Prior to making a public televised announcement regarding the Cuban quarantine on 22 October 1962, Kennedy had called Diefenbaker to inform him about the plan, and to request Canadian Forces be placed on DEFCON-3.[6] Diefenbaker in turn was angered that his government was not consulted earlier; and questioned Kennedy for further proof, and to first send a United Nations team to confirm it.[6] The issue led to a two-day debate in Diefenbaker's cabinet, with Minister of National Defence Douglas Harkness advocating that Canada follow the United States in raising its military readiness, given their "obligations" as members of NATO, and NORAD.[6]

Harkness's position eventually gained the support from Diefenbaker's cabinet as Soviet ships approached the American quarantine zone, and other NATO members began to voice their support for the United States.[6] DEFCON-3 was formally authorized by Diefenbaker on 24 October.[6] Diefenbaker's public perception in Canada suffered from the crisis, with the Canadian public viewing Diefenbaker as indecisive.[6] The perception as an indecisive leader, and his refusal to accept nuclear-armed CIM-10 Bomarc missiles, led to his eventual defeat to Lester B. Pearson's Liberal Party of Canada in the 1963 election.[6]

Although Diefenbaker was defeated in the 1963 election, his policy with Cuba was continued by the Liberal Party most notably under the tenure of Prime Minister Pierre Trudeau, who long held the opinion that Canada needed to establish a foreign policy, "independent of American influence".[3]

The Canadian government was critical of the United States embargo against Cuba during the 1960s and 1970s, objecting to American attempts to block trade to Cuba by Canadian-based American subsidiaries.[7] In 1975, the United States passed legislation, loosening the restrictions in its embargo, formally permitting foreign subsidiaries of American-based companies to conduct trade with Cuba.[7]

In 1976, Trudeau spent three days in Cuba, and sparked a personal friendship with Castro.[3][8] The visit was also the first by a Western nation to Cuba since 1960.[8] Trudeau's trip to Canada was criticized by Diefenbaker, given Cuba's involvement in the Angolan Civil War. Remarks made by Trudeau in Cuba, notably "Viva Cuba! Viva Fidel Castro," were also criticized by Diefenbaker, and Thomas Cossitt, a Canadian Member of Parliament.[3] In his memoirs, Trudeau noted that Castro downplayed Cuba's involvement in Angola during his visit, and he had only realized the extent of Cuba's involvement after returning to Ottawa. Shortly after his visit to Cuba, Trudeau cut foreign aid to Cuba.[3]

In January 1977, Canadian-Cuban relations was strained after details were made public that the Cuban government used a consular mission in Montreal for the purposes of information-gathering.[7] Five Cuban nationals were expelled from Canada, including three diplomats.[7] Canadian law enforcement was already aware of the espionage activities within the consulate, and placed the building under surveillance as early as 1972. Although Canadian authorities monitored of the Cuban consulate, they had no intention to move against consulate officials until after details of Cuban espionage were made public; which forced authorities to proceed with their expulsion.[7] In a statement of admission, the Cuban government stated it used the consulate for intelligence gathering, although noted its activities were directed against the United States government and the Central Intelligence Agency.[7]

In 1984, the Canadian government passed the Foreign Extraterritorial Measures Act, a law designed to dissuade Canadian-based American subsidiaries from taking part in the American economic embargo of Cuba.[9]

In 1994, a joint venture was formed between the Cuban Nickel Union and the Canadian firm Sherritt International, which operates a mining and processing plant on the island in Moa.[10] A second enterprise, Cobalt Refinery Co. Inc., was created in Alberta for nickel refining.

Canada, in addition to the European Union, objected to the passage of the Helms-Burton Act in the U.S. Congress in 1996, specifically Title III, a provision that permitted Americans whose properties were nationalized by the Cuban government, to sue individuals that are presently using it.[9] The Canadian Minister of Foreign Affairs Lloyd Axworthy stated "Canada shares the U.S. objectives of improving human rights standards and moving to more representative government in Cuba. But we are concerned that the Helms-Burton Act takes the wrong approach. That is why we have been working with other countries to uphold the principles of international law".[11][12]

During the mid-1990s, Canada and Cuba reached an agreement that saw the Cuban government compensate Canadians whose properties were expropriated after the Cuban Revolution.[9] Emergency economic reforms made during the Special Period in Cuba, allowed for a significant number of Canadian businesses to invest in Cuba. Increased economic activity between the two countries prompted a 41-hour official visit to Havana by Canadian Prime Minister Jean Chrétien in November 1998.[17] Chrétien faced some criticism in Canada for not publicly voicing his concerns over human rights in Cuba, although he privately discussed the issue with Castro, as well as demanded the release of four specific political dissidents.[18] The visit saw no critique levied at Canada from the United States government; with U.S. President Bill Clinton having urged Chrétien at the 24th G8 summit months earlier, to raise concerns about human rights to Castro during his planned visit.[18]

Castro travelled to Montreal in 2000 to serve as one of Trudeau's pallbearers at his funeral.[19]

Cuba is presently Canada's second largest export market in the Caribbean/Central American region, with over C$1 billion in goods traded annually.[23] There are in total 85 Canadian companies and subsidiaries operating in Cuba, including brewer Labatt Breweries.

Approximately 1.2 million Canadians visit Cuba annually.[23] With Canadian tourists account for 30 per cent of all tourists who visit Cuba per year, Canada is the largest source of tourists for Cuba.[2]

The Cuban embassy in Ottawa.

Canada has had an embassy in Havana since 1945. The current building was built in 1929 and used by Canada since 1961. It also provides consular assistance to Australian and Israeli nationals.[24] The embassy is located in the upscale district of Miramar in municipal area of Playa in Havana. Canadian consulates are also found in Varadero and Holguin.[25] due to these two locations being key destinations for Canadian tourists.

Cuba has an embassy in Ottawa and consulates in Montreal, and Toronto.[26][27]