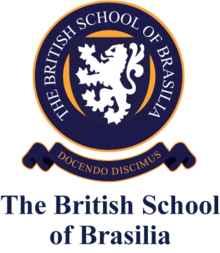 The British School of Brasilia (abbreviated BSB) is an international school serving the expatriate community in Brasilia. Opening in August 2016[1] it will initially cater for Early Years and Primary aged children. The school follows the English National Curriculum and plans to expand into Secondary School year-on-year up to Year 13.

The school is located in the Asa Sul area of Brasilia, close to other international schools and many embassies. Designed by Oscar Niemeyer and featuring murals by Athos Bulcão, BCB has the facilities of any top international school around the world. These include modern classrooms with the latest technology, music rooms, language rooms, a dining hall, well-stocked library and a multi-purpose hall. Sports facilities include a multi-purpose pitch and an indoor gym.

BCB is governed by the British Schools Foundation, a UK non-profit organisation which aims to promote British-style education worldwide. The day-to-day operation is overseen by the headteacher. Headquartered in London, the British Schools Foundation is a network of British schools around the world with a presence in 11 cities including Brasilia, Kuala Lumpur, Manila, Marbella, Moscow, Nanjing, New York, Pamplona, São Paulo, Tashkent and Yangon. More than 4,000 students aged 2–18 attend BSF schools.