Banco do Brasil S.A. (English: Bank of Brazil) is the largest[4] bank by assets in Brazil and all of Latin America. Headquartered in Brasília, the Bank was founded by King John VI of Portugal in 1808, making it the oldest bank in Brazil, and one of the oldest banks in continuous operation in the world.

Banco do Brasil is controlled by the Brazilian government but its stock is traded on the São Paulo Stock Exchange and its management follows standard international banking practices (Basel Accords). Since 2000 it has been one of the four most-profitable Brazilian banks (the others being Banco Itaú, Banco Bradesco, and Banco Santander) and holds a strong leadership position in retail banking. 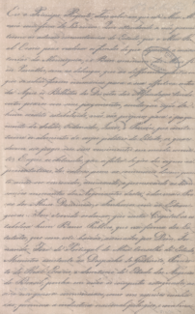 First page of the document signed by Prince Regent D. João, who founded Banco do Brasil. National Archives of Brazil.

Banco do Brasil was founded in 1808 by then prince regent John (later King John VI of Portugal) to finance the kingdom's public debt when he moved from Europe to Brazil. "As a mixed institution under state control, the Banco do Brasil served as a commercial bank, the government's fiscal agent, and Brazil's first bank of issue."[5] It went bankrupt two times in history: once during independence in 1821, when John VI returned to Portugal taking with him some of the bank's assets, and a second time in 1898.

From 1821 to 1964 Banco do Brasil occasionally performed tasks that exceeded its role as a traditional commercial bank: issuing currency, having the monopoly of currency exchange transactions and serving as National Treasury holder for the government. Such tasks were gradually given to other governmental institutions, mainly with the creation of the Central Bank of Brazil in 1964 and the separation from the National Treasury in 1987.

From 1992 onwards it was restructured as a commercial bank, using its huge geographic distribution and credit assets to leverage its redesign as a "normal" bank. In the process, tens of thousands of workers were laid off.

After decades of losses due to being used to financing some of the Brazilian Federal Government public policies, the bank became very profitable across the years. The bank is one of the key structures used by Brazilian government to restabilize the market (like preventing cartelizations in the bank interest market or stabilizing the bank credit during financial distress times like the 2008-2009 global crisis). The institution also is used to finance public programs such as the DRS - Sustainable Regional Development initiatives.

In November 2013, The Banker ranked Banco de Brasil as the top bank in Brazil based on Tier 1 capital.[6] 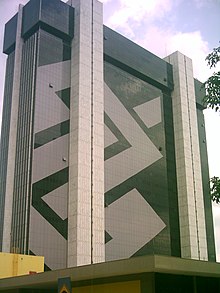 The Banco do Brasil headquarters in Brasília, Brazil

The current logo has been in use since the 1960s, when the standard colors changed from brown and yellow to blue-grey-and yellow.

The bank also sponsors other cultural events such as plays through its organization CCBB (Centro Cultural Banco do Brasil) and amateur sports through the AABB (Associação Atlética Banco do Brasil).

Supermodel Gisele Bündchen was chosen to be the face of their first global ad campaign in 2012.[7]

In addition to commercial and government services, the bank offers a large variety of services to the consumer including bill payment services (Boleto), ATM loans, and a single package that contains the account numbers for checking, multiple savings accounts, and investment account. The account holder may apply for international MasterCard and Visa debit cards which act as both a credit card on a loan account, and as a debit card on the checking account (a little different from the arrangement in many other countries, where both the debit and credit functions of a debit card act on the checking account). The list of services offered encompass many complex automatic functions from ATMs and online such as a wide variety of loans, automatic payments, Brazilian bill payments, and deposits to other Brazilian accounts. Many merchants routinely accept account-to-account transfers as payment for goods.

Banco do Brasil has a few branches in the United States (Washington, Miami) and other countries.[8] These branches are intended for use by large companies and for permanent residents of Brasil who visit the other countries, but they also offer regular services for residents of the countries where they are located.

Banco do Brasil has been expanding its international presence and currently has more than 44 points of service abroad, divided into branches, sub-branches, business units / offices and subsidiaries.

Interest rates on loans vary to a great extent but, being a public-owned bank that operates as a commercial venture, Banco do Brasil is not noted for having the highest, or the lowest rates either.

Relationship with the government

Traditionally the CEO is appointed by the Brazilian president but usually picked from a list of career directors. A few CEOs were taken from outside the financial industry.

Banco do Brasil has the monopoly of a number of government funding programs, like Pronaf (National Subsistence Farming Support), DRS, Fome Zero (zero hunger), PASEP, and others, and is the bank of choice for most municipal and state governments.

Working at Banco do Brasil 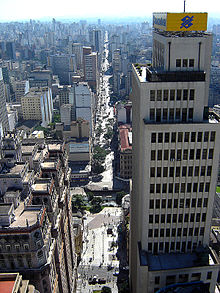 The Banco do Brasil office in São Paulo, Brazil.

Being public-owned, Banco do Brasil must recruit workers through a public draft process, known as Concurso Público and work within strict norms of business. Due to the security which the public draft process provides working for Banco do Brasil is considered a desirable job in most of Brazil. This process is usually carried out separately for each region, with approved candidates being recruited to any branch in the region, in which they completed the process, within the following two years in order of classification (it can be delayed for more than two years, once in each process). Candidates must be Brazilian nationals (or legal residents and naturalised) and must be able to prove that they have completed their military service and electoral registration obligations (both military service and voter registration are mandatory for all Brazilians aged 18 to 70).

Banco do Brasil also has 49 offices/places of business in 23 different countries, and according to the local laws of every country the employees may be local hires. The Miami Branch plus the North America Regional Office (BBUSA) and its subsidiaries in the USA (Eurobank FL - Banco do Brasil Americas, and BB Money Transfers) also have local hires.

In order for a local to be hired by the bank, the candidate must pass a competitive test, as well as demonstrate his/her ability to communicate in multiple languages, knowledge of finance, economics, computer sciences, business administration and asset management, trade, structured and project finance, among others, related to the positions that open and become available as the bank expands. Having prior experience working in related areas is fundamental.

Other public-owned Brazilian banks, like Caixa Econômica Federal, Banco da Amazônia, and Banco do Nordeste also carry out a similar process but the process carried out by Banco do Brasil is the archetypal Brazilian Concurso Público like that of all Brazilian government funded public service jobs. 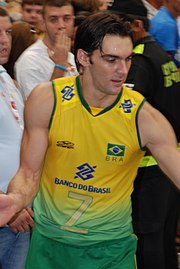 The Banco do Brasil logo on Nasr's Sauber C35

Banco do Brasil is an official sponsor of the Brazil national volleyball team and had a long-running association with Brazilian racing driver Felipe Nasr and were the title sponsor of his team, Sauber.