The Atlantic League of Professional Baseball is a professional, independent baseball league located primarily in the Mid-Atlantic and the Northeastern United States, especially the greater metropolitan areas of the Northeast megalopolis. There are also two teams in North Carolina (the Piedmont Triad and Charlotte regions) and one in the Houston, Texas metropolitan area. League offices are located in Lancaster, Pennsylvania.

In 1998, the Atlantic League of Professional Baseball played its inaugural season, with teams in Bridgewater, Newark, and Atlantic City, New Jersey; Nashua, New Hampshire; Newburgh, New York; and Bridgeport, Connecticut. The creation of the league was the result of the New York Mets' objection to Frank Boulton's proposal to move the former Albany-Colonie Yankees because of its territorial rights to the region. Boulton, a Long Island native, decided to create a new league that would have a higher salary cap for its players and a longer season than most of the other independent baseball organizations. He modeled the Atlantic League after the older Pacific Coast League, with facilities that exceed AAA-level standards. Boulton also emphasized signing players of Major League Baseball experience for all Atlantic League teams, raising the level of play above other independent leagues.

In 2010, the league announced that it would be expanding to Sugar Land, Texas and adding its first franchise not located in an Atlantic coast state.[6] The Sugar Land Skeeters began play in 2012. In 2010, amid financial struggles, the Newark Bears moved from the Atlantic League to the Can-Am League, leaving the Bridgeport Bluefish and Somerset Patriots as the only teams remaining from the league's inaugural season.[7] In the summer of 2013, then-ALPB President Frank Boulton announced that he would be resigning so that he could devote more time to operating the Long Island Ducks. He was replaced by longtime high-ranking Major League Baseball executive Rick White.[8] On July 8, 2015, the Atlantic League began using Rawlings baseballs with red and blue seams, virtually unused in the sport since the American League swapped the blue in their seams for red in 1934.[9]

On September 1, 2015, the Atlantic League announced conditional approval for an expansion team or a relocated team to play in New Britain, Connecticut for the 2016 season.[10][11][12][13] On October 21, 2015, the Camden Riversharks announced they would cease operations immediately due to the inability to reach an agreement on lease terms with the owner of Campbell's Field, the Camden County Improvement Authority.[14] The team was replaced by the New Britain Bees for the 2016 season.[15] On May 29, 2016, Jennie Finch was the guest manager for the league's Bridgeport Bluefish, thus becoming the first woman to manage a professional baseball team.[16]

Shortly before the conclusion of the 2017 season, the city of Bridgeport, Connecticut voted to not continue with professional baseball in the city and announced plans to convert The Ballpark at Harbor Yard into a music amphitheater; the Bridgeport Bluefish announced plans to relocate to High Point, North Carolina in 2019 when the construction of a new multipurpose facility in High Point is completed.[17] League officials announced the return of the Pennsylvania Road Warriors, an all road game team, to keep the league at an even eight teams while the Bluefish go inactive for the 2018 season.[18]

The Atlantic League is generally regarded as the most successful and highest level of baseball among independent leagues.[19][20] Two former Atlantic League players have been inducted into the Baseball Hall of Fame: Tim Raines and Rickey Henderson. Other notable former and future Major League ballplayers who have played in the league include Roger Clemens, Scott Kazmir, Dontrelle Willis, Juan González, Rich Hill, John Rocker and José Canseco, and several others have coached or managed, including Gary Carter, Tommy John, Bud Harrelson, Gary Gaetti and Sparky Lyle. The Atlantic League has consistently posted higher per game and per season attendance numbers than other independent circuits including the American Association, Can-Am League, and Frontier League.[21][22][23][24]

In 2015, the Atlantic League experienced a watershed moment for independent baseball when it signed a formal agreement with Major League Baseball which put into writing the rules which the ALPB would follow in selling its players' contracts to MLB clubs and their affiliates. This marked the first time that MLB, which has enjoyed a U.S. Supreme Court-granted antitrust exemption since 1922, had made any formal agreement with or acknowledgment of an independent baseball league.[25]

In 2020, due to the COVID-19 pandemic, the league announced that it would be unable to operate for the 2020 season with the current 8 member ballclubs, thereby canceling its season.[26] Several teams (Somerset, York, and Lancaster) did not gain necessary approval from governmental and health officials to open their ballparks to the capacity level necessary for competition.[27] They will use their stadiums to host recreational & community-based events, as well as local baseball activities where allowed. Meanwhile, the Long Island Ducks, High Point Rockers, and Southern Maryland Blue Crabs initially attempted to partner with teams from other leagues in order to play a 70-game season from mid-July through the end of September. However, due to ongoing restrictions and capacity limitations, they ultimately decided to suspend all baseball activities for the 2020 season. The only team that intends on playing in 2020 is the Sugar Land Skeeters, who had already announced they would create a new 4-team independent league in Texas, with all 60 games being played at Constellation Field.[28]

In July 2020, the league announced the addition of a new franchise in Gastonia, North Carolina beginning in 2021; it will be the league's second team based in North Carolina.[29]

In April 2019, implementation of two of the changes was delayed:[31]

The tracking system for calling balls and strikes was introduced at the league's all-star game on July 10.[32] In addition to rule changes noted above, additional changes being implemented for the second half of the league's 2019 season are:[33] 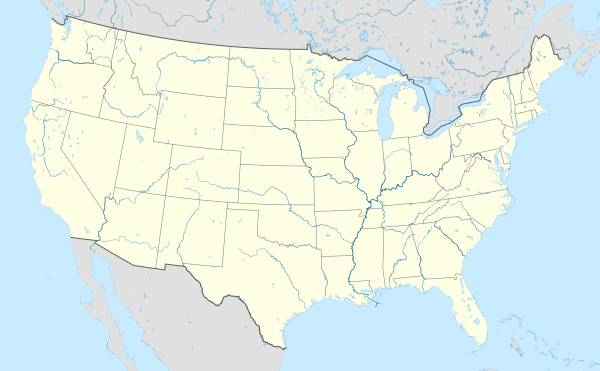 League members Moved to another league

The championship series is played as a best-of-five. Numbers in parenthesis denote the number of championships won by a team to that point, when more than one.

Freedom Division won the 2019 game in a "homer-off" after the teams were tied at the end of nine innings.[39]