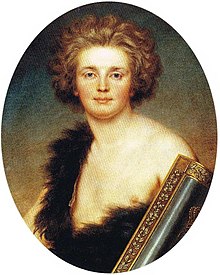 The Armfelt Conspiracy was a plot in Sweden in 1793. The purpose was to depose the de jure regent Duke Charles and the de facto regent Gustaf Adolf Reuterholm, leaders of the regency government of Gustav IV Adolf of Sweden, and replace them with Gustaf Mauritz Armfelt, the favorite of the king's father Gustav III of Sweden. The plot was instigated by the exiled Armfelt and handled by his agents in Sweden, notably his lover Magdalena Rudenschöld, with support of the Russian Empire under Catherine the Great.[1] The conspiracy was exposed in 1793.