During his father's presidency, he was a high school student at Colegio San Carlos and graduated in 1973. He later acquired a degree in law at the Our Lady of the Rosary University in 1977, and attended Harvard University as a 1978 Weatherhead Center for International Affairs Fellow. He founded the magazine Guión and a programadora known as Datos y Mensajes, whose flagship program was the newscast Noticiero TV Hoy. As a regular news anchor he became a nationally known figure.

In 1982 he formally began his political career, gaining a seat on the local Bogotá council. He also specialized in press articles on the production and trafficking of cocaine, for which he gained many journalistic awards. In 1991 he was elected Senator.

Kidnapping by Medellín Cartel and elected Mayor of Bogotá

He was kidnapped on January 18, 1988 in Antioquia by the Medellín Cartel, which was pressuring the Colombian government into preventing the extradition of Pablo Escobar and other drug lords to the United States. He was found by the National Police a week later, and in March he was elected Mayor of Bogotá, a position he held until 1990.

First candidacy for President of Colombia

In 1994 he stood for the presidency against Liberal candidate Ernesto Samper, losing by only 2 points in the second round. Pastrana immediately accused Samper of using drug money to finance his campaign, and provided audio recordings to the authorities which subsequently attracted much media attention and eventually led to a scandal known as 8.000 Process (Proceso 8.000).

While this accusation underwent a parliamentary investigation, Pastrana retired into his private life. In 1998, Pastrana announced his intention to run for president. This time he won in the Presidential elections of 1998.

His presidency is remembered first for his negotiations with the two left-wing guerrilla groups FARC and ELN, culminating in the grant of a demilitarized safe haven to the guerrillas the size of Switzerland, and second for his breaking off of said negotiations. It is also remembered for a growing degree of unpopularity in polls as his term progressed. Some critics accused him of possibly accepting unspecified bribes from leading FARC and ELN members, but no concrete evidence of that was presented during his presidency. His administration proposed and initially oversaw the implementation of the Plan Colombia aid package and anti-drug strategy. He was also heavily criticized for all the seemingly pleasure trips he took around the world during his term.

Ambassador of Colombia to the United States

US Secretary of Defense Donald Rumsfeld meeting with Andrés Pastrana.

In 2005 President Álvaro Uribe Vélez, who had been a critic of Pastrana's peace process with the FARC and had received criticisms from Pastrana regarding his negotiations with Colombian paramilitary groups, surprisingly offered the former president the post of Ambassador to the United States in Washington DC. After consulting his family and political supporters, Pastrana accepted.

Some political analysts theorized that Uribe considered that Pastrana would be a useful diplomat in Washington, because he would help to renegotiate Plan Colombia and in general to maintain U.S. aid to Colombia, which has contributed to the successes of the Uribe administration.

In July 2006, a few days after President Uribe had appointed former president Ernesto Samper as Colombian ambassador to France, Pastrana told the President that he was "morally impeded" from participating in a government along with ex-president Samper. Pastrana resigned and returned to Colombia and Samper rejected his own appointment. But this move was not well received by the Conservative Party. The Conservative Party was committed to President Uribe (who won the presidency as an independent) and left former President Pastrana alone.

Pastrana is a board member in the International Foundation for Electoral Systems,[2] and the honorary president of the Union of Latin American Parties (UPLA).[2] He is also a member of the Fondation Chirac's honour committee,[3] and of the Club de Madrid, a group of more than 80 former leaders of democratic countries, which works to strengthen democratic leadership worldwide.[4] Pastrana has also served on the Board of Advisors for the Global Panel Foundation,[5] and as a counsellor for the One Young World Dublin summit in 2014, along with four other former presidents from Latin American countries.[6]

He now maintains a distant and hostile relation with his own party, even referring to it as "absolutely corrupt". He has also levied accusations of corruption against two of the most prominent party leaders, Efraín Cepeda and Hernán Andrade.[7] 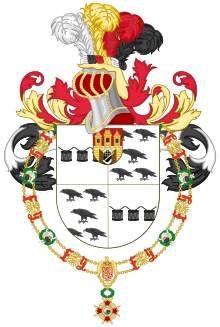 In 2013, Pastrana was awarded the Hanno R. Ellenbogen Citizenship Award jointly by the Prague Society for International Cooperation and Global Panel Foundation.[8]