Alto Paraguay (Spanish pronunciation: [ˈalto paɾaˈɣwaj]; Upper Paraguay) is a sparsely populated department of Paraguay. The capital is the town of Fuerte Olimpo.

In 1992, the Chaco Department was merged with Alto Paraguay. 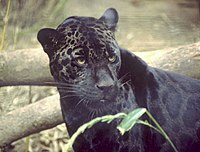 The Jaguar inhabits all of Alto Paraguay's national parks

Alto Paraguay contains a varied and large amount of natural resources, which is why this department is home to several national parks, each with different characteristics. The Defensores del Chaco National Park is the largest in the Paraguayan territory. The mentioned park is home to the hill Cerro León, which is the highest point in the northern region of Paraguay. The dry surface is optimal for the growth of different kinds of cactus. Another park in this department, Parque Nacional Río Negro, is located in an area with several small lakes and is home to most of the fauna in the department. Other national parks in Alto Paraguay are Parque Nacional Coronel Cabrera and Parque Nacional Chovoreca, which reside in dry regions. 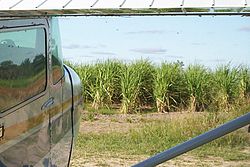 Paraguay's largest reserves of undeveloped fertile virgin forest covered land and lowest land prices are found in Alto Paraguay; thus, agriculture and cattle farming are starting to make inroads. The fertility of the Chaco's deep sedimentary soils is generally high, except in the westernmost parts, where there are very sandy soils, and some seasonal wetlands in the eastern plain. Annual rainfall is sufficient in the east (around 1200mm), fair in the center (around 900mm) and scarce in the west (around 700mm). The most challenging aspect for farmers is the lack of decent roads and infrastructure.

The advance of agriculture is inevitably at the expense of the area's native forest. During the two decades 1990 to 2010 Paraguay had one of the highest deforestation rates worldwide. The World Land Trust estimates deforestation in the Paraguay Chaco at over 200.000 hectare for 2008 alone [1]

The department's most important activity by far is cattle ranching, both extensive in the savannas of the east and intensive on the planted pastures of cleared land. Cultivation of sorghum, sugar cane and (in planning stage as of January 2009, for the arid west) jatropha are very recent developments.

The department is divided into five districts:[2]