Malmö FF IFK Göteborg AIK Fotboll
This article is about the Swedish football league. For other uses, see Allsvenskan (disambiguation).

Allsvenskan (Swedish pronunciation: [ˈâlːˌsvɛnːskan]; English: the All-Swedish, also known as Fotbollsallsvenskan, English: the Football All-Swedish) is a Swedish professional league for men's association football clubs. It was founded in 1924, and is the top flight of the Swedish football league system, operating on a system of promotion and relegation with Superettan. Seasons run from late March or early April to the beginning of November, with the 16 clubs all meeting each other twice, resulting in a 30-match season, for a total of 240 matches league-wide.

Allsvenskan is ranked 20th in the UEFA coefficients of leagues based on performances in European competitions over the last five years. Allsvenskan is currently ranked second highest of the leagues in Scandinavia after Denmark in 16th place. The current champions are Djurgårdens IF, who won the title in the 2019 season.

Including the 2020 season, Allsvenskan has been running for an unbroken streak of 95 seasons[update]. Unlike many other European football leagues, the Allsvenskan did not experience an interruption in play during World War II due to Swedish neutrality in that conflict.

Sune Sandbring, Malmö FF in a game with Frank Jacobsson, GAIS in 1953.

Allsvenskan started in the 1924–25 Allsvenskan season and the first winner was GAIS. The one-league twelve team Allsvenskan replaced the Svenska Serien, consisting of a southern and northern group that was held before. In 1931, the league started to decide the Swedish football champions.

For the 1959 Allsvenskan, the season start was changed from autumn to spring to be played in one calendar year. In 1973, it was expanded to contain 14 teams. In the 1970s, Malmö FF, under the lead of Spanish Antonio Durán and later English Bob Houghton, won five Allsvenskan and managed to proceed to the 1979 European Cup Final, which they lost to Nottingham Forest.

From the 1982 season, the league introduced a play-off to determine the Swedish football champions. In the late 1980s, Malmö FF were dominant, winning the league five times in a row, but only two Swedish championships. The 1990 season saw the introduction of three points per win. The play-off season years were followed by two years of continuation league, named Mästerskapsserien.

The 1993 season saw a return to the classical format, again with 14 teams. IFK Göteborg won five Allsvenskan league titles in the 1990s.

There have been seasons with exceptions when the winners of Allsvenskan wasn't considered Swedish champions as well. Allsvenskan winners between 1924 and 1930 were crowned league champions and awarded gold medals, the title of Swedish champions was awarded to the winner of Svenska Mästerskapet up until 1925 and then not at all until 1930. The years 1982 through 1990 are also exceptions, the title was instead decided through play-offs during these years. The same was true for the years 1991 and 1992 when the title was decided through a continuation league called Mästerskapsserien. Historically, however, there is a big difference between the Allsvenskan winners before 1931 compared to the period between 1982 and 1992. As winning Allsvenskan in its earlier seasons was the optimal aim for the clubs, while as during the era of play-offs and Mästerskapsserien, the optimal goal wasn't to win Allsvenskan, but the play-offs or Mästerskapsserien.

Since 2008 there are 16 clubs in Allsvenskan. During the course of a season (starting in late March and ending in early November) each club plays the others twice (home and away) for a total of 30 games. The two lowest placed teams at the end of the season are relegated to Superettan and the top two teams from Superettan are promoted in their place. The third lowest team in Allsvenskan plays a relegation/promotion play-off against the third placed team in Superettan. 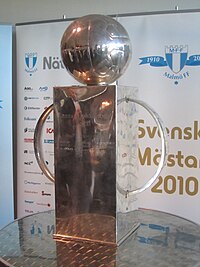 The decider at equal number of points was goal ratio until the 1940–41 season, thereafter goal difference.

The current trophy awarded to the Swedish champions is the Lennart Johanssons Pokal. Created in 2001, the trophy is named after former UEFA chairman, Lennart Johansson. A different trophy that was named after Clarence von Rosen, the first chairman of the Swedish Football Association, had previously been used between 1903 and 2000, but was replaced after journalists reported that von Rosen had personal connections to the later infamous Nazi leader Hermann Göring during the time he lived in Sweden (soon after World War One).[1] The former President of the Swedish Football Association, Lars-Åke Lagrell stated that the reason for the change of trophy was not a personal attack against Von Rosen but rather that the Football Association did not want to be linked to Nazism and constantly engage in discussions regarding this every time the trophy was awarded.[1]

The Swiss corporation Kentaro has owned the TV rights for Allsvenskan since 2006.[3] Through licence agreements with the media company TV4 Group matches are aired through C More Entertainment who broadcasts them on their C More Sport and C More Live channels, until 2019. Matches can also be bought through the online pay-per-view service C SPORTS.[4]

On March 24, 2017, Discovery-owned channel Eurosport and OTT streaming service dPlay will be the new domestic broadcaster for both SEF competitions (Allsvenskan and Superettan) effectively from 2020 until 2025, as well as selected European countries (exc. Italy) for Allsvenskan.[5] 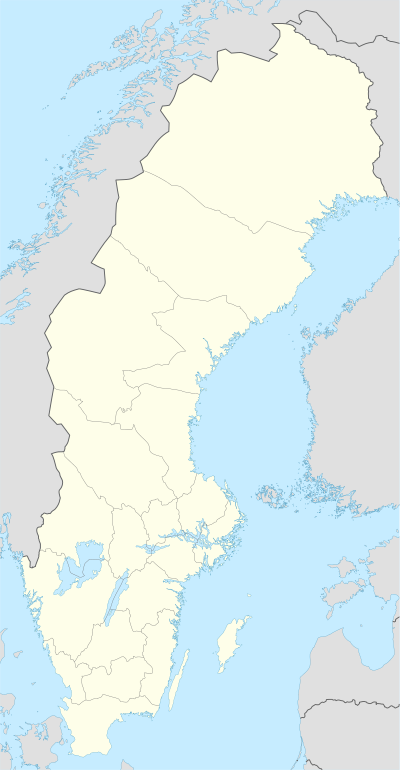 A total of 65 clubs have played in Allsvenskan from its inception in 1924 up to and including the 2019 season. No club have been a member of the league for every season since its inception. AIK are the club to have participated in most seasons with a record of 91 seasons played out of 96 seasons in total. Malmö FF have the record of most consecutive seasons, 63 consecutive seasons between 1936–37 and 1999. IFK Göteborg are currently the club with the longest running streak, starting their 44th season in 2020.

The following 16 clubs are competing in Allsvenskan during the 2020 season: 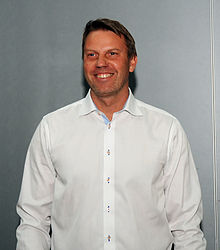 The current managers in Allsvenskan are:

Sven Jonasson has scored the most goals in Allsvenskan history, with 254 goals in 410 appearances. Gunnar Nordahl has become the top scorer most times, with four wins.

Historically the players and coaching staff from the four best teams in Allsvenskan are awarded medals at the end of each season. The champions are awarded the gold medal while the runners-up receive the "big silver" medal. The third place team gets the "small silver" medal instead of the more commonly used bronze medal which is instead awarded to the fourth-place finisher. This tradition of awarding four medals and not three is thought to have to do with the fact that the losers of the Semi-finals of Svenska Mästerskapet were both given bronze medals since no bronze match was played.[12]

The overall medal rank is displayed below after points in descending order. 5 points are awarded for a "gold" medal, 3 points for a "big silver" medal, 2 points for a "small silver" medal and 1 point for a bronze medal. The table that follows is accurate as of the end of the 2019 season.[12][13][14]

Clubs in European football are commonly honoured for winning multiple league titles and a representative golden star is sometimes placed above the club badge to indicate the club having won 10 league titles. In Sweden the star instead symbolizes 10 Swedish championship titles for the majority of the clubs as the league winner has not always been awarded the title of Swedish champions.[a] Stars for Allsvenskan clubs was not common practise until 2006, although AIK had already introduced a star to their kit in 2000. IFK Göteborg, Malmö FF, IFK Norrköping, Örgryte IS and Djurgårdens IF were the first teams after AIK to introduce their stars. No new club has introduced a star since 2006, the clubs closest to their first are IF Elfsborg with 6 Swedish championship titles and Helsingborgs IF with 7 Allsvenskan titles depending on what the star symbolizes. The following table is ordered after number of stars followed by number of Swedish championship titles and then the number of Allsvenskan titles.

Statistics updated as of the end of the 2019 season 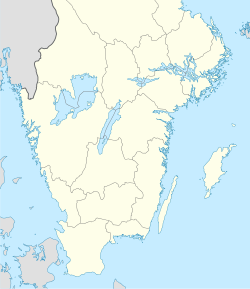 Locations of the cities that have won the league

The all-time Allsvenskan table, "maratontabellen" in Swedish, is a cumulative record of all match results, points, and goals of every team that has played in Allsvenskan since its inception in 1924–25. It uses three points for a win even though this system was not introduced until the 1990 season. The matches played in the championship play-offs between 1982 and 1990 or the matches played in Mästerskapsserien in 1991 and 1992 are not included. The table that follows is accurate as of the end of the 2019 season.[16]

Malmö FF are the current leaders, having had the lead since the end of the 2012 season when they overtook the lead from IFK Göteborg. IFK Göteborg are the club to have spent most seasons in the top spot with 48 seasons as leaders with a record of the most consecutive seasons as leaders with 35 seasons between 1938 and 1972. Six clubs have been in the lead, the lead having changed among them ten times since 1925. The former leader with the lowest current ranking in the table is GAIS, currently placing 11th and 1891 points short of Malmö FF.

A total of 66 clubs have played at least one season at Allsvenskan up to and including 2020 season.

AIK has had the league's highest attendance for the season more often than any other club, followed by IFK Göteborg and Örgryte. Other teams that have for at least one season had the best attendance in the league include Helsingborg, Malmö FF, Djurgården, GAIS, Hammarby, Örebro SK, and Öster. 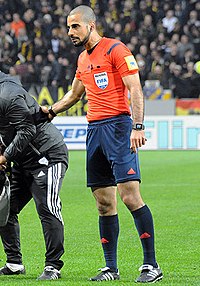 The following teams have participated in the UEFA Champions League or UEFA-Cup/UEFA Europa League group stages: