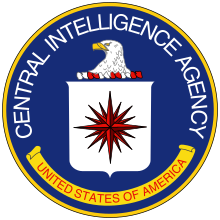 The United States Central Intelligence Agency (CIA) has been accused of involvement in drug trafficking. Books and investigations on the subject that have received general notice include works by the historian Alfred McCoy, professor and diplomat Peter Dale Scott, journalists Gary Webb and Alexander Cockburn, and writer Larry Collins. These claims have led to investigations by the United States government, including hearings and reports by the United States House of Representatives, Senate, Department of Justice, and the CIA's Office of the Inspector General. The subject remains controversial.

The following is a summary of some of the main claims made by geographical area.

During the Korean War, the first allegations of CIA drug trafficking surfaced after 1949, stemming from a deal whereby arms were supplied to Chiang Kai-shek's defeated generals in exchange for intelligence.[1] Later in the same region, while the CIA was sponsoring a "Secret War" in Laos from 1961 to 1975, it was openly accused of trafficking heroin in the Golden Triangle area.

To fight its "Secret War" against the Pathet Lao communist movement of Laos, the CIA used the Miao/Meo (Hmong) population. Because of the war, the Hmong depended upon opium poppy cultivation for hard currency. The Plain of Jars had been captured by Pathet Lao fighters in 1964, which resulted in the Royal Lao Air Force being unable to land its C-47 transport aircraft on the Plain of Jars for opium transport. The Royal Laotian Air Force had almost no light planes that could land on the dirt runways near the mountaintop poppy fields. Having no way to transport their opium, the Hmong were faced with economic ruin. Air America, a CIA front organization, was the only airline available in northern Laos. Alfred McCoy writes, "According to several unproven sources, Air America began flying opium from mountain villages north and east of the Plain of Jars to CIA asset Hmong General Vang Pao's headquarters at Long Tieng."[2]

The CIA's front company, Air America was alleged to have profited from transporting opium and heroin on behalf of Hmong leader Vang Pao,[3][4][5] or of "turning a blind eye" to the Laotian military doing it.[6][7] This allegation has been supported also by former Laos CIA paramilitary Anthony Poshepny (aka Tony Poe), former Air America pilots, and other people involved in the war. It is portrayed in the movie Air America. Larry Collins alleged:

During the Vietnam War, US operations in Laos were largely a CIA responsibility. The CIA's surrogate there was a Laotian general, Vang Pao, who commanded Military Region 2 in northern Laos. He enlisted 30,000 Hmong tribesmen in the service of the CIA. These tribesmen continued to grow, as they had for generations, the opium poppy. Before long, someone—there were unproven allegations that it was a Mafia family from Florida—had established a heroin drug refinery lab in Region Two. The lab's production was soon being ferried out on the planes of the CIA's front airline, Air America. A pair of BNDD [the predecessor of the US Drug Enforcement Administration] agents tried to seize an Air America."[1]

Further documentation of CIA-connected Laotian opium trade was provided by Rolling Stone magazine in 1968, and by Alfred McCoy in 1972.[8][3] McCoy stated that:

In most cases, the CIA's role involved various forms of complicity, tolerance or studied ignorance about the trade, not any direct culpability in the actual trafficking ... [t]he CIA did not handle heroin, but it did provide its drug lord allies with transport, arms, and political protection. In sum, the CIA's role in the Southeast Asian heroin trade involved indirect complicity rather than direct culpability.[9]

However, aviation historian William M. Leary, writes that Air America was not involved in the drug trade, citing Joseph Westermeyer, a physician and public health worker resident in Laos from 1965 to 1975, that "American-owned airlines never knowingly transported opium in or out of Laos, nor did their American pilots ever profit from its transport."[10] Aviation historian Curtis Peebles also denies that Air America employees were involved in opium transportation.[11]

In a 2006 CIA history of covert warfare in Laos, released in 2009 under an FOIA request,[12] CIA historian Thomas Ahern writes that from the beginning of CIA's work organizing tribal military forces, troops were prohibited from carrying opium on U.S. chartered flights. Only large packages were inspected, so that small amounts of opium for local consumption might have been carried by individuals, but "the prohibition of commercial traffic was unequivocal".[12]

Several conspiracy theories exist regarding Mena Intermountain Municipal Airport, its alleged connection to the CIA, and even the involvement of figures such as Oliver North and former presidents George H. W. Bush and Bill Clinton.[13][14]

The CIA's self-investigation, overseen by the CIA's inspector general, concluded that the CIA had no involvement in or knowledge of any illegal activities that may have occurred in Mena. The report said that the agency had conducted a training exercise at the airport in partnership with another Federal agency and that companies located at the airport had performed "routine aviation-related services on equipment owned by the CIA".[15]

The film American Made is a highly fictionalized telling of the story of Barry Seal, a pilot and Medellín Cartel drug smuggler who based his operations in Mena.[16]

In October 2013, two former federal agents and an ex-CIA contractor told an American television network that CIA operatives were involved in the kidnapping and murder of DEA covert agent Enrique Camarena, because he was a threat to the agency's drug operations in Mexico. According to the three men, the CIA was collaborating with drug traffickers moving cocaine and marijuana to the United States, and using its share of the profits to finance Nicaraguan Contra rebels attempting to overthrow Nicaragua's Sandinista government. The CIA spokesman responding to the allegation called it "ridiculous" to suggest that the agency had anything to do with the murder of a US federal agent or the escape of his alleged killer.[17]

The Honduran drug lord Juan Matta-Ballesteros was the owner of SETCO, an airline which the Nicaraguan Contras used to covertly transport military supplies and personnel in the early 1980s.[18] Writers such as Peter Dale Scott and Jonathan Marshall have suggested that the U.S. government's desire to conceal or protect these clandestine shipments led it to close the DEA office in Honduras when an investigation began into SETCO, allowing Matta-Ballesteros to continue and expand his trafficking.[19]

In 1986, the United States Senate Committee on Foreign Relations began investigating drug trafficking from Central and South America and the Caribbean to the United States. The investigation was conducted by the Sub-Committee on Terrorism, Narcotics, and International Operations, chaired by Senator John Kerry, so its final 1989 report was known as the Kerry Committee report. The Report concluded that "it is clear that individuals who provided support for the Contras were involved in drug trafficking, the supply network of the Contras was used by drug trafficking organizations, and elements of the Contras themselves knowingly received financial and material assistance from drug traffickers."[20]

In 1996, Gary Webb wrote a series of articles published in the San Jose Mercury News, which investigated Nicaraguans linked to the CIA-backed Contras who had smuggled cocaine into the U.S. which was then distributed as crack cocaine into Los Angeles and funneled profits to the Contras. His articles asserted that the CIA was aware of the cocaine transactions and the large shipments of drugs into the U.S. by the Contra personnel and directly aided drug dealers to raise money for the Contras. The Los Angeles Times, The New York Times, and The Washington Post launched their own investigations and rejected Webb's allegations.[21] In May 1997, The Mercury News executive editor Jerry Ceppos, who had approved the series, published a column that acknowledged shortcomings in the series reporting, editing, and production, while maintaining the story was correct "on many important points."[21] Webb later published a book based on the series, Dark Alliance: The CIA, the Contras, and the Crack Cocaine Explosion.[22]

The U.S. invasion of Panama after which president Manuel Noriega was captured.

In 1989, the United States invaded Panama as part of Operation Just Cause, which involved 25,000 American troops. General Manuel Noriega, head of Panama's government, had been giving military assistance to Contra groups in Nicaragua at the request of the U.S.—which, in exchange, allowed him to continue his drug-trafficking activities—which they had known about since the 1960s.[24][25] When the DEA tried to indict Noriega in 1971, the CIA prevented them from doing so.[24] The CIA, which was then directed by future president George H. W. Bush, provided Noriega with hundreds of thousands of dollars per year as payment for his work in Latin America.[24] However, when CIA pilot Eugene Hasenfus was shot down over Nicaragua by the Sandinistas, documents aboard the plane revealed many of the CIA's activities in Latin America, and the CIA's connections with Noriega became a public relations "liability" for the U.S. government, which finally allowed the DEA to indict him for drug trafficking, after decades of allowing his drug operations to proceed unchecked.[24] Operation Just Cause, whose ostensible purpose was to capture Noriega, pushed the former Panamanian leader into the Papal Nuncio where he surrendered to U.S. authorities. His trial took place in Miami, where he was sentenced to 45 years in prison.[24]

A failed CIA anti-drug operation in Venezuela resulted in at least a ton of cocaine being smuggled into the United States and sold on the streets. The incident, which was first made public in 1993, was part of a plan to assist an undercover agent to gain the confidence of a Colombian drug cartel. The plan involved the unsupervised shipment of hundreds of pounds of cocaine from Venezuela. The drug in the shipments was provided by the Venezuelan anti-drug unit which was working with the CIA, using cocaine seized in Venezuela. The shipments took place despite the objections of the U.S. DEA. When the failed plan came to light, the CIA officer in charge of the operation resigned, and his supervisor was transferred.[26]

In addition, the former Venezuelan anti-narcotics chief General Ramon Guillen Davila and his chief civilian aide were both indicted in connection with the shipments.[27] Because Venezuela does not extradite its citizens, Guillen was not tried in the U.S., but his civilian aide was arrested while in the United States and sentenced to 20 years.[28]