All of the competing nations are from the African continent. The first Games were held in 1965 in Brazzaville, Congo. The International Olympic Committee granted official recognition as a continental multi-sport event, along with the Asian Games and Pan American Games. Since 1999, the Games have also included athletes with a disability.[1]

After running previous 11 editions as the All-Africa Games, the games has been renamed the African Games. The decision for the name change was arrived at, during the Executive Council meeting of the African Union held in Addis Ababa, Ethiopia in January 2012.[4]

Modern Olympics founder Pierre de Coubertin conceived the Pan African Games as early as 1920. The colonial powers who ruled Africa at the time were wary of the idea, suspecting the unifying aspect of sport among African people would cause them to assert their independence.

Attempts were made to host the games in Algiers, Algeria in 1925 and Alexandria, Egypt in 1928, but despite considerable preparations taken by coordinators, the efforts failed. The International Olympic Committee's (IOC) first African member, Greek-born Egyptian sprinter Angelo Bolanaki, donated funds to erect a stadium, but still the Games were set back for another three decades.

In the early 1960s, French-speaking countries of Africa including France organized the Friendship Games. The Games were organized by Madagascar (1960) and then Côte d'Ivoire (1961). The third games were set for Senegal in 1963. Before they were completed, African Ministers of Youth and Sport met in Paris in 1962; as a few English-speaking countries were already participating, they rechristened the Games as the Pan African Games. The Games were granted official recognition by the IOC as being on par with other continental Games such as the Asian Games and the Pan American Games.

In July 1965, the first games were held in Brazzaville, Congo, now called the All-Africa Games. From 30 countries, around 2,500 athletes competed. Egypt topped the medal count for the first Games.

In 1966, the SCSA was organized in Bamako; it manages the All-Africa Games. The second edition were awarded to Mali in 1969, but a military coup forced the cancellation of the Games. Lagos, Nigeria stepped in as host for the Games in 1971. Those Games were finally held in 1973 due to the Biafra War, which had just ended in Nigeria.

The four-year Olympic rhythm has not missed a beat since, and the Games have been organized in Cairo, Harare, Johannesburg, and Abuja. In 2007, Algiers once again hosted, becoming the first repeat host. The 2011 edition of the All-Africa Games was held in Maputo, Mozambique in September 2011. Brazzaville hosted the 2015 edition in honor of the Games' 50th anniversary.

South Africa was banned since the beginning of the games in the 1965 All-Africa Games till the 1991 All-Africa Games because Apartheid officially ended when it was invited for the first time to compete the games.

Morocco was banned from the games from the 1987 All-Africa Games to the 2015 African Games because of a political dispute over Western Sahara. Morocco claims the territory as its "Southern Provinces" and controls 80% of it while the Sahrawi Arab Democratic Republic, which claims to be a sovereign state, controls the remaining 20% as the "Free Zone". In 2018, after the Moroccan government signed its treaty of return to the African Union, the country also pledged to return to the African Games. Rabat, Morocco will host the 2019 African Games.[5][6][7] 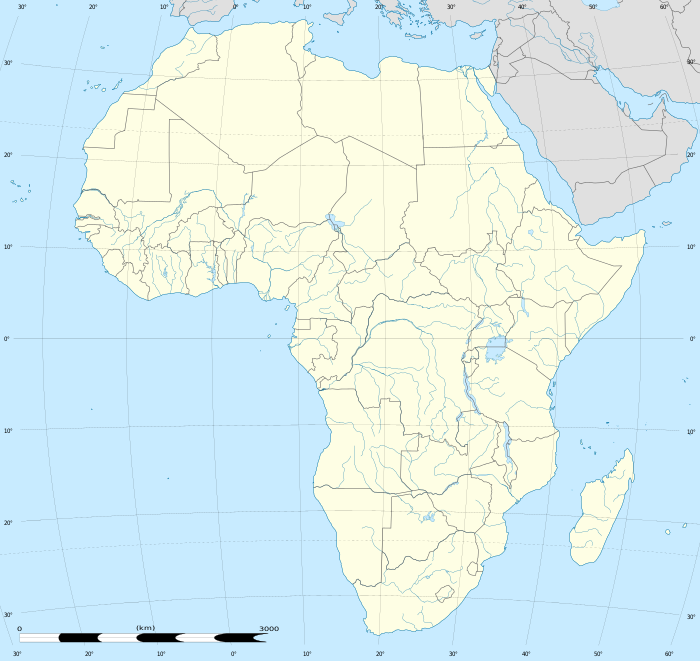 After hearing about the Pan-African Games whilst on a business trip to Congo, Soviet Union-Armenian diplomat Ashot Melik-Shahnazaryan got the idea to create the Pan-Armenian Games.