He was born in Boucherville, Canada East (now Quebec) in 1842, the son of Louis Lacoste. From 1880 to 1923, he was a professor of law at the Université de Montréal.

In 1882, he was appointed to the Legislative Council of Quebec. In 1884, he was called to the Senate of Canada representing the senatorial division of De Lorimier, Quebec. A Conservative, in April 1891, he was appointed Speaker of the Senate and served until he resigned from the Senate in September 1891 when he was appointed Chief Justice of the Court of Queen's Bench of Quebec. He retired in 1907. In 1892 he was made a Knight Bachelor. He died in Montreal in 1923 and he was entombed at the Notre Dame des Neiges Cemetery in Montreal.[1] 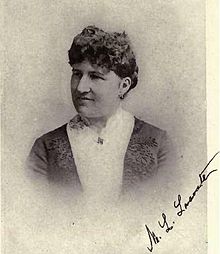 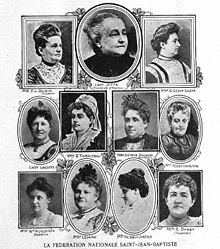 Lady Lacoste was member of the First presidential board, Fédération nationale Saint-Jean-Baptiste, Montréal, 1907

Alexandre Lacoste married Marie Louise Globensky, daughter of Leon Globensky, of Montreal on May 8, 1866. She was member of the First presidential board, Fédération nationale Saint-Jean-Baptiste, Montréal, 1907. She was a member of the Advisory Board of the Parks and Playgrounds Association of Montreal.