The 2018 V.League 1 season (for sponsorship reasons also known as Nuti Café V.League 1[1] is the 35th season of the V.League 1, the highest division of Football in Vietnam. The season started on 10 March 2018[2] and ran until 8 October 2018.[2] It was expected to be known as the Toyota V.League 1, however, in December 2017 Toyota ended their sponsorship deal with the Vietnam Football Federation one year early.[3]

The following teams have changed division since the 2017 season. 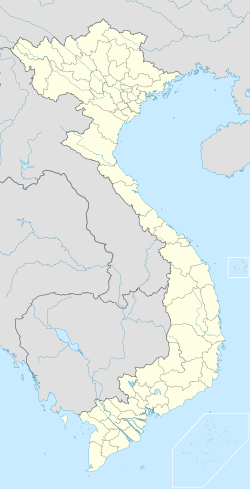 Note: Flags indicate national team as has been defined under FIFA eligibility rules. Players may hold more than one non-FIFA nationality.

This table lists the positions of teams after each week of matches. In order to preserve the chronological evolution, any postponed matches are not included to the round at which they were originally scheduled, but added to the full round they were played immediately afterwards. For example, if a match is scheduled for matchday 13, but then postponed and played between days 16 and 17, it will be added to the standings for day 16.

Updated to match(es) played on 2 October 2018. Source: Table by round (in Vietnamese)

Team of the Year