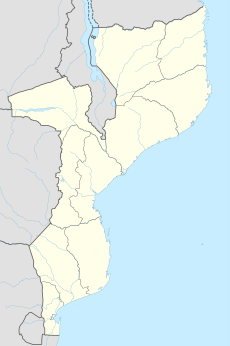 Maputo
Location of Maputo in Mozambique.

The 10th All-Africa Games took place between September 3–18, 2011 in Maputo, Mozambique.[1][2] Maputo's hosting marked the third time the Games was held in the southern part of the continent.

In April 2005, Lusaka, Zambia was named the host of the 10th Games by the Supreme Council for Sport in Africa at a meeting in Algeria.[3] In 2004, Ghana had indicated an interest in hosting the Games,[4] but reportedly withdrew its bid.

In December 2008, the Zambian government withdrew its offer to host the 2011 Games, due to a lack of funds.[5]

In April 2009, Mozambique stepped in to take on hosting duties.[6]

The following is a list of nations that participated in the 2011 All-Africa Games:[7]

The Maputo 2011 All Africa Games featured 20 sports, 2 of which also featured disabled events (athletics and swimming). While most venues was located in and around Maputo, the Canoeing venue was in Chidenguella Lagoon, 275 km north of the city.

The schedule of the games was as follows. The calendar is to be completed with event finals information.[9][10]

The 2011 All-Africa Games, was a multi-sport event held in Maputo, Mozambique from 3 to 18 September 2011. The event saw 5,000 athletes from 53 National Olympic Committees (NOCs) competing in many events in 20 sports. This medal table ranks the participating NOCs by the number of gold medals won by their athletes.

Below the final medal table after the end of the 2011 All-Africa Games.[11]

When Mozambique initially announced its ability to host the 10th Games, there was a possibility of a paring down of the sports to be offered, due to time constraints and a potential lack of facilities for the Games (e.g. the country has no field hockey field capable of hosting a Games-level competition).[6] However, the Games eventually featured 20 sports, down 4 from the 24 hosted at the 2007 All-Africa Games.

Listed below are the venues that hosted the 2011 All-African Games:[12]